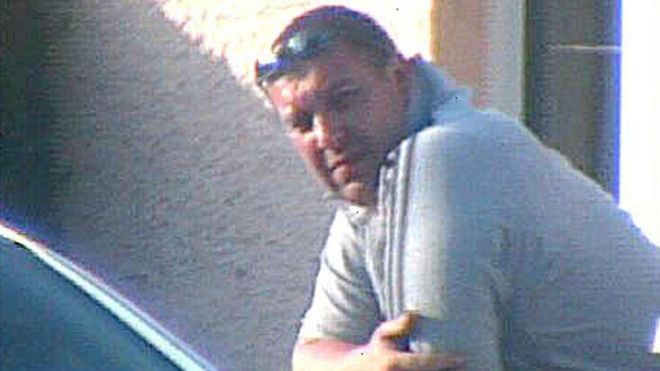 A Loyalist  “supergrass” who admitted the murders of five people among hundreds of offences has had a 35-year jail term reduced to six-and-a-half years for helping the police.

Gary Haggarty, 45, was a former leader of an Ulster Volunteer Force (UVF) unit in north Belfast.

Haggarty was a paid police informer for 11 years

The judgment from Belfast Crown Court indicated that the 35-year jail term was reduced by 75% for the assistance given to prosecutors and then a further 25% for Haggarty’s plea of guilty.

With only one prosecution in a 16 year period, was it worth it?

The judge said that the 202 offences admitted by Haggarty had been committed during a “terrorist campaign over a 16-year period” between 1991 and 2007.

Keiran Fox, whose father, Eamon, was murdered by Haggarty, said he was a paid state informer who had been “allowed to kill at will.”.

Will this charge be specifically denied?

The judge also took into consideration a further 301 lesser offences in his judgment.

The vast majority of individuals named by Haggarty in his police interviews will not face prosecution amid state concerns about a lack of supporting evidence.

However, prosecutors are to mount a prosecution against only one man, for two murders, on the back of the evidence.

So – out in less than three years.  But had all his crimes been committed before April 1998, he would have been released  immediately.