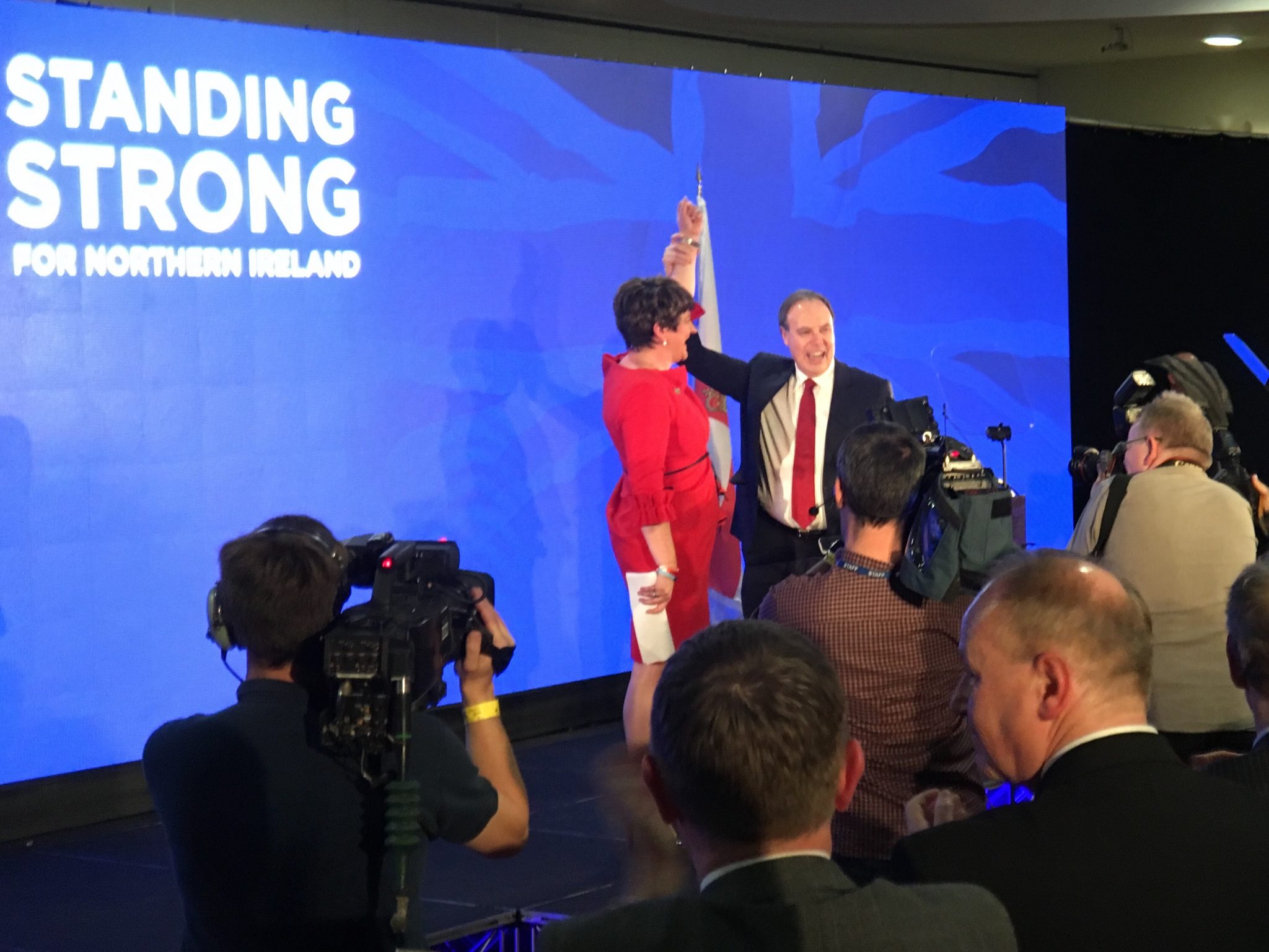 In the aftermath of the DUP’s slick, on message conference last month, Arlene Foster’s comments on the border and customs union were – unsurprisingly – headline news. This week, after a chaotic round of statements, leaks and interviews from the Irish and British governments, the DUP and the EU, they bear reexamining.

On the border, Foster rejected the idea of a hard border between the North and the Republic. She, quite rightly, identified this as a step towards economic chaos. Yet there were also no practical solutions to how the twisting, uncertain boundary between Northern Ireland and the Republic can be secured. Meanwhile the customs union was as contentious. Foster ruled out the North staying in the customs union with the assertion that the DUP ‘…will not support any arrangements that create barriers to trade between Northern Ireland and the rest of the United Kingdom or any suggestion that Northern Ireland, unlike the rest of the UK, will have to mirror European regulations’. This has been the DUP’s policy since the Referendum. However, with recent developments and talk of avoiding ‘regulatory divergence’ between the North and the Republic, it looks more than ever like one side of an equation that the party will find impossible to solve.

In one sense, this is nothing new. Unionism in Northern Ireland has always been about balancing contradictory positions. However in this case, the concrete timetable imposed by the triggering of Article 50 back in March adds a different dimension. There must be a deal, before an immovable date.

Any border arrangement similar to the current one – talk of a high-tech, ‘smart’ border should be discounted – replies on special status for Northern Ireland and negotiating some form of customs union access. Yet Arlene Foster’s authority to speak on the issue of the customs union is questionable. Without a sitting Assembly she can’t use her position of First Minister to justify her assertion that the North does not want to remain in the customs union. Similarly, considering Northern Ireland’s slim majority for ‘remain’ in the 2016 Referendum, there isn’t proof that the popular vote is behind her.

Although even now they can’t admit it publicly, the DUP’s stance on both the border and the customs unions is as much in the hands of the government in Dublin as it is of the administration in Westminster that the Unionists prop up. Leaving aside the potential for an Irish veto of any final Brexit deal, Dublin wants the border issue tackled before talks move on to wider trade and the EU has supported this. Despite their importance to the day-to-day business at Westminster, the nature of negotiating with the EU has blunted their power.

The problem for Foster and the DUP, and unionists more widely, is that they cannot sanction any form of border, however it is run, between the North and the rest of the United Kingdom. Equally, however much the DUP follow the maxim that Northern Ireland is, and always will be, part of the UK, they also know that a hard border is an act of economic suicide.

Yet the EU agreeing to the North acting as a backdoor entrance to Europe is, to put it mildly, highly unlikely. To do so would undermine the single market. Equally, the Irish government has little incentive to tighten security at its own borders with the EU for Britain’s convenience. Even under WTO rules in the event of a hard Brexit, border security and check that are not compatible with a soft, porous boundary would be required.

Where does this leave the Democratic Unionists? In a much tighter position than their 10 Westminster seats suggests. For all Foster’s talk of ‘making Dublin pay’ for the border and not giving in to European demands on trade, her party are in a near impossible position. Unless they can compromises of at least one of two of their red lines, the only hope for a result that doesn’t cripple the North lies, tragically, with politicians outside of the six counties.

Patrick Thompson is a postgraduate student at Queen’s University, specialising in Northern Irish and Labour politics