Hat tip to John Campbell on Good Morning Ulster this morning for a link to this interesting piece on what the Barnett Formula is, and what it is not, and how the DUP-Tory deal stands up to scrutiny:

on a technical level, there is nothing in the Northern Ireland agreement that that contradicts any rules or laws. And of course, there are clearly special needs in Northern Ireland that may justify additional spending. However, there are a few reasons why the Scottish, Welsh (and also parts of England) might feel particularly aggrieved.

Firstly, this is the only time (certainly since devolution in 1999) that a decision to allocate outwith Barnett for devolved administrations has been made explicitly to secure the votes of a particular party at Westminster.

Secondly, the allocation of an additional £1bn funding to Northern Ireland over two years represents a particularly large financial settlement to have bypassed Barnett. To secure an equivalent funding increase via the Barnett Formula, the UK Government would have had to increase comparable English spending by £30bn; this in turn would have generated Scottish consequentials of £3bn (i.e. £1.5bn per year for each of the two years). This is clearly a substantial sum, equivalent to almost a 5% increase in the Scottish discretionary budget.

Thirdly, unlike previous Barnett bypasses, the additional funding announced for Northern Ireland isn’t simply for discrete, specific projects – or projects like City Deals which are joint initiatives – but includes a general funding uplift for broad elements of devolved spending.

All of which points to the fact that breaking from Barnett with a bypass was always a political rather than a legal problem. As I pointed out in an interview with Julia Hartley-Brewer yesterday, the fact is tax and spend remains the hands of Whitehall, and the Treasury in particular: 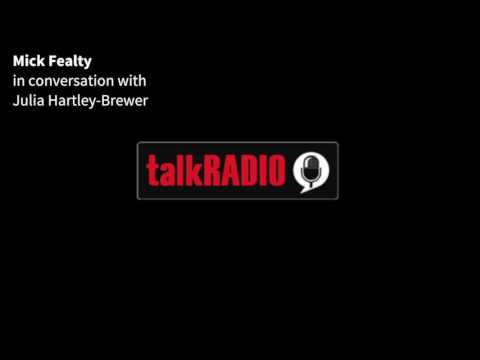 HM Treasury acts as both rule-maker and referee. It appears to have complete discretion as to what is within and outwith the Barnett Formula, without consulting the devolved governments.

Is it likely they will kick up? Unlikely since even the Labour Shadow Secretary of State recognises that not that NI needs the money, but that thanks to Sinn Fein’s ongoing unilateral action, it doesn’t have a government.

Devolution is not federalism. The most other devolved regions at this stage are likely to resort to is a Ted and Dougall like “Careful now” and “Down with this sort of thing”.

But the perception that NI has been let off austerity (false though it is) could prove corrosive to government cohesion going forward.