Here’s one possible answer as to why 94% of a capital expenditure programme for integrated education in the (failed) budget may be in danger of being paid back to Her Majesty’s Treasury. 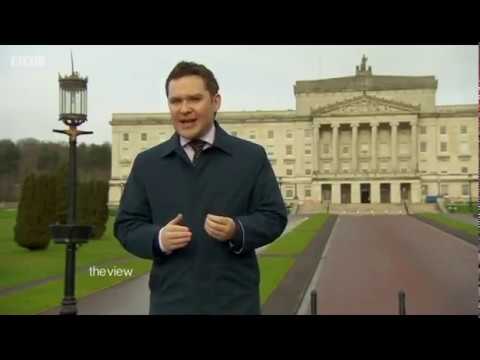 The main focus of the piece is a potential half billion loss to the Health budget, although the key point is that without ministerial discretion civil servants cannot uphold any ministerial deals without a budget act.

Despite the original deadline for the budget being in December, there is no indication that the Executive was even anywhere near striking one. By calling an election SF has struck nearly three months from the political calendar.

As John notes this ought to telescope negotiating time. But, our experience of past manufactured crises suggests SF and DUP Spads (still in post) may be working on a budget fix: to be produced with a magical flourish at the end.

Michelle O’Neill (who is still the Health Minister) may have indicated that this is the actual plan. Despite a higher per capita spend than anywhere else in the UK, she says £31 million is needed to tackle waiting lists in NI.

It was £40 million the year before, which the Health Department could not spend. (Worth noting too that just 63% of A&E patients were seen in four hours over the Christmas period in Northern Ireland compared to 81% in Wales.)

There’s no question the NHS in NI needs that money. But whether it gets it or not, depends entirely on whether the NI budget gets struck. On which subject, Ms O’Neill had this interesting thing to say:

“That money needs triggered as soon as possible. I cannot fathom why anyone would not support this as a plan,” Ms O’Neill said.

“Waiting lists are totally unacceptable to me. We need to deal with the waiting list backlog and long-term transformation (of the health service).”

Ms O’Neill’s announcement is either a polite fiction to deflect her voters, or a declaration of intention to return to work [and apologise to her DUP colleagues for calling them bigots? – Ed]. Now, now, now.

Whichever way it goes, it’s not a position of negotiating strength: that much was ceded when Sinn Fein buckled under opposition pressure and called for a ‘snap election’.

So what can SF get for such a  settlement? It’s almost impossible to find any SF red lines: not even with regard to Arlene Foster stepping aside.

In response to the SDLP’s assertion that they would not go into the Executive whilst Foster remains uncleared over RHI, Ms O’Neill told Mark Devenport “this would have to be discussed in any negotiations after the election.”

Hmmm, to paraphrase Seamus Mallon: what you buying, and what are you selling?

And if there’s a bleedin’ election on, shouldn’t we be told?