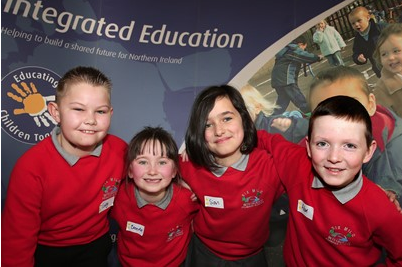 Earlier this week the Irish News reported that the Department of Education underspent a £50m budget by a staggering £47m.

Under the Fresh Start agreement, the money is part of an alleged £500m of new capital funding to support shared and integrated education over 10 years. In its first year, Education Minister Peter Weir has allocated just £3m.

As a former primary pupil, mother of a nursery child and PTA member of Hazelwood Integrated Primary in Belfast I was horrified.

To hear that money set aside to develop inclusion, diversity and cultural understanding in our school system has been unspent is disappointing but hardly surprising given recent political scandals and financial mismanagements.

How could any government department could justify allowing money to be returned to the UK Treasury that could benefit the education system here?

Although there have been press reports that some negotiations had been entered into with the Treasury, UUP MLA Sandra Overend asked the Minister to clarify this matter. He responded, on January 25:

“I wrote again to The Secretary of State on this matter, and in parallel, asked the Minister of Finance to approach HM Treasury.

The Chief Secretary to the Treasury, has indicated, that there could be no flexibility in the £50m per annum profiling of Fresh Start Funding.”

It is clear from his answer that negotiations are most likely not in place given that the Chief Secretary to the Treasury has already answered the matter. But ambiguity is the order of the day in these matters.

In an Assembly question, Alliance Party MLA Paula Bradshaw asked for an update on the time scales of the “Fresh Start Agreement for Shared and Integrated Education”.

The Minister responded on January 24:

“The Fresh Start Agreement includes provision of up to £500 million over ten years (2016-2026) of new capital funding to support shared and integrated education.”

Certainly, this, and the information released by the Northern Ireland Office and Theresa Villiers in which they announced the first tranche of projects approved suggests that the money allocated would be solely for the support of integrated and shared education projects.

This was my understanding. And seemingly that of the Irish News in their report.

However, in a statement released by a “departmental spokesperson” earlier this week, it would appear their understanding of where the money was allocated to is different. It read:

“The Fresh Start funding of £50m per year for ten years was made available for Shared housing projects as well as Shared and Integrated Education.”

They also made mention of the money that is likely being returned to the Treasury, as the Minister confirmed on January 25. The statement added:

“Carryover of unused funding in a given year has not yet been agreed however negotiations with NIO/HMT on flexibility are continuing.

The Department has also made proposals to NIO regarding widening the pool of projects eligible for subsequent Fresh Start funding announcements.

Discussions with NIO on the merits of these proposals have stalled due to the election being called.”

Interestingly, after revealing they were in the process of trying to “widen” the pool of projects eligible, the statement ended with the affirmation that the money was not just for integrated or shared education.

Baroness May Blood, Integrated Education Fund Campaign Chair, is hopeful the new assembly will be able to rectify the problem. She said:

“It is a disgrace and a massive waste of an opportunity for Education in Northern Ireland but hopefully when the Election is over and the Assembly is up and running perhaps this can be redressed.”

Tina Merron, CEO of the Integrated Education Fund, is also of the mind that the money was allocated solely to shared and integrated education. She said:

It is vital, whoever the Education Minister is after the election, that they implement a capital works strategy for both integrated and shared education that would ensure that this money is spent over the coming years.”

To me the whole debacle is indicative of our local government’s continued failure to see past party politics and put our children’s education first.

“It is disappointing that the potential for such funding was not achieved. A rethink is needed regarding the remit of such funds and perhaps a longer time allocated to embed the positive outcomes of the investment.”

Looking at it from this point of view begs the question as to whether or not the problem runs deeper than a government department seemingly unable to get their act together.

Author and commentator Ed Straw believes the problem lies deep within the systems of government and policy making.

Of course in Northern Ireland when it comes to integrated or shared education getting any solid agreement on policy is unlikely given the divisive nature of our political parties on the subject.

Even the review on integrated education launched over a year ago by the then Education Minister John O’Dowd was delayed by Peter Weir until after the election next month.

“There is the capacity of today’s systems of government to deliver consistently and reliably. Or rather not. This is a world-wide problem. Even trickier in Northern Ireland” explained Ed, adding:

“But governments have never been designed for their modern [as opposed to traditional] purposes, like integrating schools.

“Just how is this supposed to happen? Before a policy is made one of its key tests is ‘How will it be implemented?’ Did anyone ask, or answer?

“This takes us to the general problems of government, and the need to transform how each works. Northern Ireland especially.

But not in terms of power sharing and so on but in, for example, proper public engagement, policy vetting, and what I term a ‘resulture’ or an independent non-political second chamber responsible for recording and reporting on the results of all policies programmes.”

Today Ballymena-born Hollywood superstar Liam Neeson was so incensed by the lack of support for integrated education he released a video message saying “it’s time to turn our aspiration into a reality”.

He was calling to action parents from across Northern Ireland to register their support at integratemyschool.com. The Integrate My School campaign aims to prove that there is not only a need but a want for our education system to move further towards being fully integrated where possible.

However, no matter how much money is made available in Northern Ireland for projects such as integrated and shared education, unless our political parties can deliver a cohesive policy to move forward with and implement there will be ongoing issues with being able to utilise the money apparently being made available.

And at the bottom of it all, are the children across Northern Ireland being denied access to integrated or shared education due to (literally) single-minded politicians unable to truly see the future for a diverse and culturally integrated Northern Ireland? 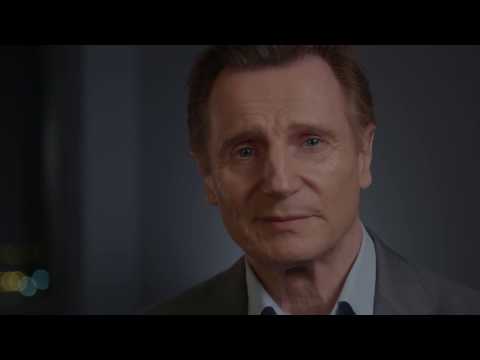