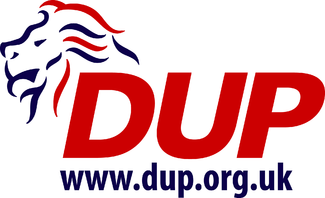 I’m furious.  Sinn Fein’s election slogan ‘Don’t get angry, get even’, doesn’t do it for me on two counts.  Being angry while voting is no bad thing and anyway I am beyond anger with Northern Ireland’s political system and one party in particular.

I remember one of my editors talking to me in the mid 1990s about the latest mess under John Major’s government.  “Paul,” she said, “you and I could do a better job of running the country.”  I agreed.

There is something very unhealthy about feeling you would be better than the government.  We should have some sense of respect for those in power, have confidence in them.  That is not what I feel at present.  Most of us could do better than some in the departing government – especially if we were committed to abolishing the sectarianism that remains endemic in Northern Ireland.

Andrew McCormick nailed it in his evidence at Stormont on the role of special advisors.  But the problem is not just the Renewable Heat Incentive scheme, costly though that is.  There is also the Social Investment Fund, how it is used and who benefits from it.  Then there was the Red Sky contract, Nama and the renting of publicly funded offices from associates.

This goes beyond just one party.  The DUP is not 100% to blame for the current crisis, but the percentage is certainly very high in my opinion.  I don’t think any independent minded person can blame Sinn Fein from walking out of government – the withdrawal of the Liofa funds, the allocations of grants for community halls, the funding of bands, the sense that the DUP is looking after just one community, all made the fall of the government inevitable.

The actions of Paul Givan and the words of Edwin Poots in the last few days reinforce the impression that the DUP believes its major role in government is to protect and strengthen unionism.  Meanwhile, Sinn Fein’s task is to promote Irish republicanism.

Where does this leave those of us who do not define ourselves as either unionist, nor Irish republican?  Where else in the world would such a very large section of the electorate be told by their government, so bluntly, that we are not governing for you?

Margaret Thatcher also governed for her own narrow group.  There was very little that she did that I ever supported.  But at least her government was competent.  Yes, she sold off national assets cheap to her own supporters in business.  And I hated her for doing it.  But she was not inept in the process.

If the DUP cannot promise to at least try to govern for everyone in Northern Ireland, then the concept of mandatory coalition is dead.  A voluntary coalition of other parties is perhaps possible, post-election.  If not, and we have to return to direct rule, then – as I suggested last weekend on the BBC’s Inside Business – those direct rule ministers should be held accountable by a working Assembly.  There is no reason for the Assembly to not be operational, just because the Executive cannot function.

When I was active in local politics in England, I realised that politics begins with getting the basic services right.  Until we get Northern Ireland’s health service operating efficiently, all schools providing superb education and those who need good quality social housing being able to get it, then promoting narrow issues is a luxury that we, as a society, cannot afford.  Focus on the day job ministers/special advisors.

It is commonly said that Northern Ireland is an intolerant society.  That is not my experience as someone who has been warmly welcomed here.  Rather, we are too tolerant.  We tolerate incompetence in government that would be unacceptable anywhere else in Western Europe.  Is it too much to hope that this election may express that intolerance, not just anger, in the ballot box?

Paul Gosling is a freelance journalist who lives in Derry. You can follow him on twitter: @paulgosling1