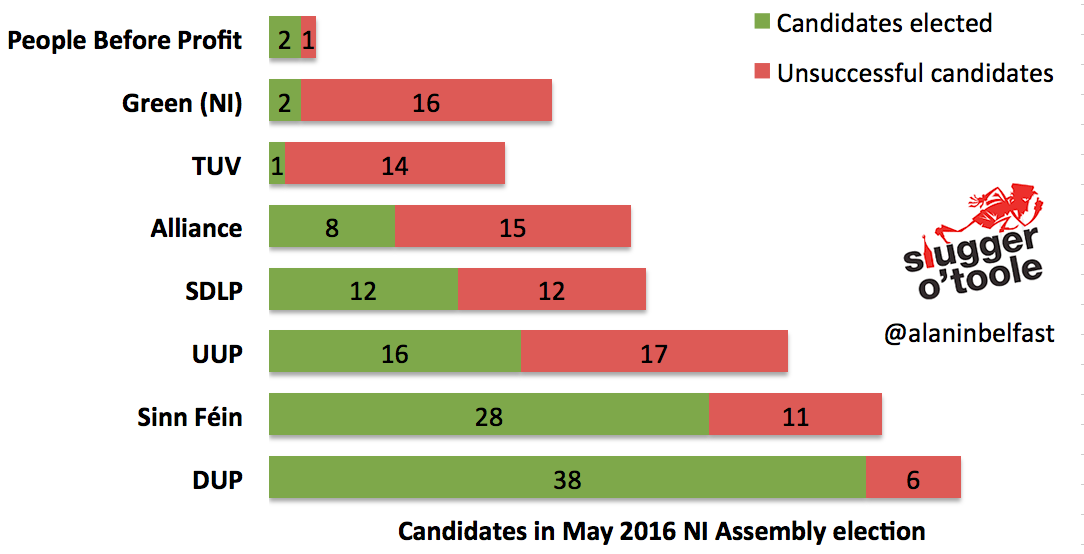 Just eight months ago we were celebrating the fact that the number of female legislators had increased by 50%.

28% of the 108 member legislature compared to 19% in the previous mandate.

“While we still have a long way to match the 51% of the population who are female, this is nonetheless a significant rate of progress.”

If one looks at Nicholas Whyte’s ‘rough guide’ to a 90 seat election it shows 5 women losing out as a result of the 18 seat reduction. This would still leave the percentage of female MLAs around the 28% mark though that will of course be subject to a wide range of variables.

The forthcoming Assembly election may be a sudden development and political parties may obviously be tempted to slot most of the same MLAs back into place again. However this should also be seen as an opportunity for the Assembly to have female representation increase to 1/3 for the first time in its history.

Whilst any increase in female candidates is to be welcomed it counts for little if they are not standing in winnable seats.

We are also yet to see our first openly gay MLA.

Glass ceilings may be broken in this election or not. I hope that all our parties are giving due consideration to the inequalities that we still have in our political makeup as they sit down to select their runners for the race back to the Hill.