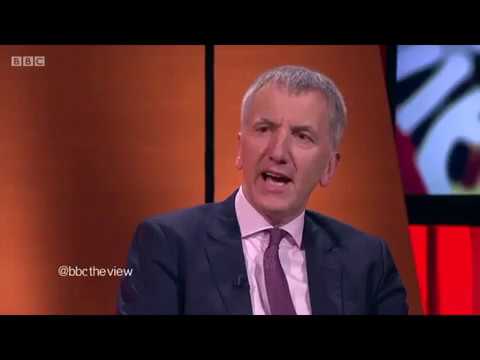 This is important, I think, if only as a portent for what’s about to come. I imagine both parties will be pleased with this: not least because at 23 minutes, aside from the commentator’s corner slot, this was the only feature on The View last night.

This is ominous for the smaller parties. With the exception of the Alliance party, who had to sit last night out, they are not getting much cut through in what’s likely to be a vicious Big Billy v Big Mickey, which-side-are-you-on-boys fight. The blood is up.

Sinn Fein are where they are most comfortable: fighting “the bigots of the DUP” rather than rolling out that ten-year plan to save the health service that has sat on the desk of every health minister (in different reports) since the days of Bairbre de Bruin

The DUP will have concerns about RHI. But it is notable how that as an issue has receded from the foreground of this fight. Their game plan is to take Gerry’s complaints about them in his speech to SF’s Cuige Uladh as key to their election strategy.

Barring a huge upset (events, dear boy, events), everyone else is in the ha’penny place. Trying to get their activists motivated with the likilihood that the big two will dominate the first proper airwar there’s been since 2003.

The game will level up once the election campaign is official announced. But their campaigns will have to fight the narrative frames already set by the two big boys and girls. These guys are the dream team.

After three soporific election campaigns on the bounce (because SF/DUP wanted it that way) NI politics is once again going to no place for the faint-hearted. Do join us for the ride, (put a few pennies in the meter if you’re enjoying it).

But you’ll have to bring your own popcorn/handkerchief.