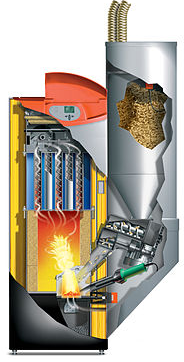 I honestly thought (£) this was from The Ulster Fry when I first saw it… Funny, and yet not funny at all, Gareth McKeown reports…

“Firefighters worked to extinguish the fire, however a large quantity of woodchip and the eight boilers were destroyed in the fire. The shed was badly damaged.”

“The incident was finished at 8.47am. The cause of the fire is under investigation,” the spokesman added.

It is not clear when the eight boilers were installed and whether they had been operating with subsidies from the botched Renewable Heating Incentive scheme.

Just to add to that Fermanagh context, one reader writes to us to point out that Gerald Love Contracts is the current sponsor for the U14s at Derrygonnelly Harps GFC: ie, they’re unlikely DUP voters.