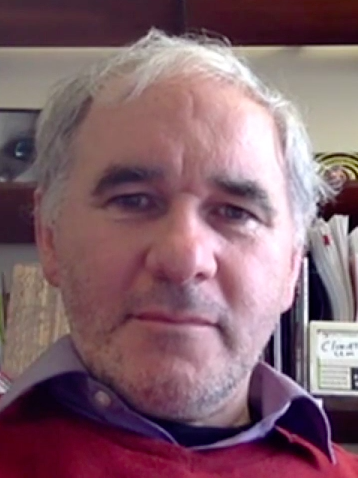 The draft Programme for Government framework was published at lunchtime on Friday. In his post on Saturday, Brian Walker identifies that it “offers an antidote to falling into sectarian temptation” and offers “scope and ambition” for policy making

But what is the background to the new style of working and reporting? At its most simple, the new framework is a set of 14 outcomes which “best describe the society we wish to have”. The draft framework explains:

The outcomes are expressed in a way that provide a clear direction of travel, enable continuous improvement over time and direct our efforts towards developing our wellbeing i.e. what our lives feel like when, for example good health, good education, good houses, good communities and good jobs are put together.

A set of 42 indicators and associated measures will be to demonstrate progress towards the outcomes, keeping an eye on both positive and negative results of the government plans.

Once the consultation on the outline framework is complete, a set of action plans will be published. These actions will be the concrete deliverables that will aim to move the indicators in the right direction and ultimately bring about the desired societal outcomes.

Since 2012, the civil service and politicians have been working with academics and external organisations to rethink how Northern Ireland’s Programme for Government operates.

Dr Peter Doran from Queen’s University’s School of Law [press release] spoke to me over the weekend about the background to these changes. Along with John Woods, Peter worked with the Carnegie UK Trust to facilitate a roundtable to help politicians and civil servants grasp how economic, social, environmental and importantly democratic outcomes could improve wellbeing and be integrated into the 2016-2021 Programme for Government.

My impression is that the reporting around previous Programmes for Government varied enormously. The targets were not all SMART (certainly not in the sense of being truly Specific, Measureable, Achievable, Relevant and Timebound), the progress updates often amounted to a couple of sentences, and the net effect of the (usually single-department) initiatives were not measured in a wider context.

The new approach should address some of those weaknesses. It’s also an opportunity for a more participatory form of government, with individuals and organisations co-designing and co-delivering programmes with the public sector.

The outcomes will set a “direction of travel” that will last beyond one Assembly term. The type of actions taken will depend upon circumstance, budget and the political philosophy of the parties in the Executive. But the overall aspirations – improving wellbeing in its widest sense – should remain relatively consistent. And the outcomes will require cross-departmental cooperation and collaboration.

“This is part of a global conversation about capturing what a government is for, what the economy is for, and involving the widest number of people in that conversation and then setting some outline objectives and allowing the citizen to be engaged very meaningfully at every stage in the policy process, not just with the launch of the Programme for Government, but in terms of engaging with the indicators, the measures, and feeding back on whether or not government is delivering in the future.”

A lot of the early media and political commentary has been around the new and unfamiliar format, which at first seems to be lacking in content. It’s unfortunate that the initial framework was published in such an abstract manner, without some worked examples that would have put “meat on the bone” and illustrated how the action – say of “building 10,000 new houses” – would be measured by some of the indicators and affect one or more outcomes. Adding some of the less contentious manifesto commitments from the DUP and Sinn Féin with target dates and measures might have aided understanding.

Some ‘opposition’ parties are also feigning unhappiness with the Programme for Government process, despite being involved in discussions around the development of the framework over the last year and voicing their support for the new approach.

The Executive needs to manage communications around the PfG framework carefully in the weeks ahead in order to protect its credibility from unfair criticism.

It would be great to see the new Executive ministers committing to spend 20-25% of their time over the next few months to go out across Northern Ireland and deliberately eavesdrop on community and organisation conversations rather than just waiting for consultation responses to arrive through into their electronic and physical inboxes. Megan Fearon attended the initial Wellbeing Roundtable as a delegate of the chair of the Finance and Personnel Committee. David McIlveen (no longer an MLA) attended in the place of the DFP Minister. The report of the roundtable is available to read along with its recommendations.

Will the Compact Civic Advisory Panel (originally to be established under the Stormont House Agreement by June 2015 and degraded to a six person panel with no start date in A Fresh Start) be given a role in reviewing the outcomes and measures to ensure they stay fit for purpose?

A local What Works centre – Northern Ireland is the only devolved region without one, and its creation was a DUP manifesto commitment – could help develop evidence-based policies.

Openness and transparency around the measurement and tracking of the 42 indicators will be vital. Expect to see NI Executive reporting mirrored and tracked by external portals and websites. NISRA – the Northern Ireland Statistics and Research Agency – are a well established and trusted agency of the Department of Finance, and have a history and reputation for showing their working out along with final figures. While measures already exist for many of the indicators, some will have to be created to support the framework.

Peter sees this as “an exciting, democratic moment”.

“One of the features of the recommendations from the roundtable and one of the new developments within the context of the framework is greater participation by local government on a two-way basis.”

Local government and community partnerships will be “meaningful and fully fledged partners in delivering outcomes and also feeding into the design of future policy”.

“It’s a very exciting moment. It’s a democratic moment. It’s not just about technocratic things like measures and indicators and even outcomes … There’s a real intention to put it up to the people, to policy organisations and business … and government seems to be ready to take the risk of handing over a little bit of the control they’ve had up to now in designing the Programme for Government.

“That’s a very exciting moment and has all kinds of implications for our particular experience of democracy because one of the feature of our democracy, because of its consociational style, because so much of the energy of government goes into the post-conflict requirement of holding those tensions in place there has been a sense of needing to control the levers of power and to continue to operate at a rather elite level … The process now has to be much more participatory if it’s to be meaningful and if that sense of legitimacy is to be fully restored.”

Won’t there will be a tension between political power and those who donate ideas and policies and harbour expectations about how those policies will be adopted and enacted?

“We need to remember that when we talk about civil society making an input, we’re also talking about civil society, business and local government co-delivering and co-producing some of these outcomes as well. The point is that this is also about distributing some of the responsibility for delivery. They’ll not all be new actions and new activities. It’s about capturing much of what’s happening and getting recognition to elements of activity that are not always appreciated or not always on government’s radar.”