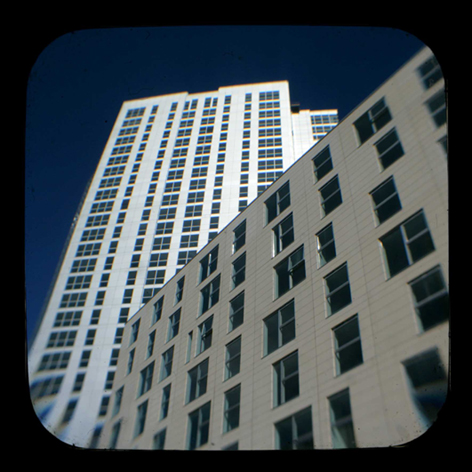 Derelict buildings are so much of a concern in Northern Ireland that millions of pounds have been spent on fake shop-fronts to hide the issue, with the added benefit that cameras here for the Giro d’Italia in 2014 didn’t catch sight of our dirty linen swinging in the breeze.

In a way Belfast has previous for for this: just have a look through the windows of the mock frontage added to the row of houses at University Street (University Road end) decades before the current scheme brought the likes of a pretend record shop to the Lower Newtownards Road and a two-dimensional blacksmith shop to Ballyclare.

It is a surprise, then, that a step towards tackling the problem at its root, through an invite from Mark Durkan for views on possible legislation, didn’t make more of a splash in the media.

Consider a town like – say – Ballyclare, where until fairly recently traders had to do business between huge, abandoned retail units believed locally to be to work of owners ’sitting’ on the eyesores until the price is right to sell. Some have been now been removed but some remain, covered by fake shop-fronts.

Similarly, Máirtín Ó Muilleoir sumed up the effect vacant sites have on other traders and has spoken in support of legislative change: “Developers are sitting on these key city centre sites, some of which have been lying vacant for seven or eight years. Some of them pay no rates on them.

“The Sirocco Works, for example, is a key city centre site of around 16 acres which is lying derelict with no rates paid on it, whereas someone with an empty shoe shop has to pay more.

“There needs to be some incentive to encourage regeneration and encourage developers to bring the sites back into use. If there’s no incentive they will just continue to sit on the empty sites rather than do anything with them.

“The rates burden is high here, but if we share it around those in control of large, key, vacant sites, it would be fairer for everyone.”

Máirtín added that steps to should be taken to ensure that buildings cannot simply have their roof tiles removed as a measure to avoid paying rates. He also pointed out that commercial buildings are often owned by banks who should be made to pay their way using a sliding scale based on the size of the property.

The recently-launched consultation itself states that the effects of derelict buildings on those who have to live around them are “many and varied”, including: disease and other health effects, both physical and mental, potential for increased anti-social behaviour, loss of amenity (including visual amenity), effects on property value, danger to the public and impact on tourism as well as inward investment.

There are a disturbing number of derelict buildings in Belfast, of course, which could be seen as a symptom of ‘land-banking’, involving developers buying buildings and allowing them to fall into disrepair so that the developer might cite health and safety as a reason for eventual demolition/partial demolition, the act of demolition being prohibited at the time of purchase.

Given the thankfully surprising number of old buildings surviving in Belfast (and beyond) – despite the efforts of the Luftwaffe, our own Troubles and wrecking ball-happy developers – the question is now what what should be done with them, especially if new legislation forces the hand of owners.

Most of us will be aware of the rush to demolish buildings in areas such as the rear of Belfast Central Library. But is it in Belfast’s interests to lose yet more historic buildings when the technology exists to utilise them?

While I’ll leave the finer points of planning strategy to those closer to the subject – my interest is in knowing that Belfast is progressing without throwing the baby out with the bathwater – one suggestion would be that of vesting dilapidated buildings. This has been seen once in Northern Ireland at Sion Stables in Sion Mills to apparently great effect.

If long-term abandoned buildings were to be taken on, on our behalf, in this way and sold on for refurbishment then surely this would set the alarm bells ringing for developers who otherwise would rather see their derelict assets rot to the point where they might legally bulldoze them?

Mark Durkan’s consultation identifies that more robust cost recovery, wider powers and improved clarity is needed around the subject, with the four suggested options being: 1, Do nothing; 2, new guidance produced for councils; 3, a new Assembly bill based on existing legislation or; 4, a new Assembly Bill bringing a new, broader enforcement regime.

One look at the derelict buildings hidden from view with false shop-fronts can tell us that we have applied a sticking-plaster over a significant issue. And a five minute conversation with almost any town/ city centre trader will tell us that help with the rates burden is urgently needed.

As millions of pounds spent on fake shopfronts would suggest that doing nothing is not an option, steps to take the issue in hand could, it seems, change the face of our streets for the better.

* Written in conjunction with the @belfast_revival campaign , which was established earlier this year to support efforts to Save the Sunflower bar and provide a discussion point for those concerned about the loss of Belfast’s identity to new-build developments. Disclosure: C Johnston has contributed to the Belfast Revival blog and website.

He also blogs at: