A conference organised by the Law Centre NI to examine Eradicating Modern Slavery in Northern Ireland was held in Belfast today. The full audio is embedded below.

The Law Centre’s director Glenn Jordan opened proceedings by telling delegates that “this is not simply a matter for legislators alone but for the whole of civic society”.

Glenn noted that many Northern Irish merchants and citizens who “benefited from the existence of the slave trade” in the past.

One Larne man owned almost two and a half thousand slaves in the Caribbean and received over five and half million pounds in today’s money in compensation when they were released from slavery.

Alongside that history was “an honourable tradition of activism in opposition and resistance”. Linen Hall librarian Thomas Russell wrote a letter to the people of Ireland and urged them to “turn their backs on the [slave] trade. He described it as ‘that horrid traffic which creates and perpetuates barbarism and misery’ and asked if local men and women knew that ‘hundreds of thousands of miserable Africans are dragged from their innocent families and treated with such a system of cruelty, torment, wickedness and infamy that it is impossible for language to express the horror and the guilt’.”

Tragically if you’ve been keeping an eye on the news and social media over recent days his letter has a terrible, contemporary ring to it.

Modern slavery is not just about trafficking but includes “forced labour where no trafficking is involved at all”. Neither is it exclusively a migrant issue as there are also British and Irish victims of forced labour.

But no matter who the person is the Law Centre believes that all victims of human trafficking or forced labour should be entitled to the same care and protection.

Glenn referred to Philip Orr’s address on Belfast’s resistance to slavery at February’s Four Corners Festival and his quote from Walter Benjamin who claimed “every document of civilisation is also a document of barbarism. While local man J B Dunlop may have help perfect the pneumatic tyre, it led to a huge increase in forced labour and mistreatment in the Belgian Congo rubber plantations. Yet Ballymena-educated Roger Casement was key to exposing the cruelty and “marshalled the collective outrage necessary to change it”.

Justice Minister David Ford was unavailable to attend – due to the talks – but was more than ably represented by senior DOJ official Anthony Harbinson. DOJ’s trafficking expert Julie Wilson outlined some of the legislation relevant to modern slavery.

The UK’s independent anti-slavery commissioner Kevin Hyland explained that he was ashamed that after 250 years there was still a need for someone in his role. A stark world map showed the number of lives “stolen” across the world. He argued that given the marginal chance of being caught, prosecuted and convicted, it makes “business sense” for those involved in the modern slavery trade.

Finishing with the well-known quote from William Wilberforce – “You may choose to look the other way, but you can never say again that you did not know” – and called on the delegates to join him as “watchdogs and the bloodhounds” to make sure that society does not look the other way.

Having looked at the statutory obligations, the next session considered the Labour Market, with contributions from Claire Falconer from Focus on Labour Exploitation, Deirdre Walsh from the Employment Agency Inspectorate (Department for Employment and Learning) and Peter Bunting from the Irish Congress of Trade Unions.

Once involved in the corporate world of supply chains, the CEO of modern slavery charity Unseen delivered a plain-speaking talk well worth listening back to. Andrew Wallis suggested that the demand for modern slavery is driven by society’s insatiable addiction to cheap.

Gillian McKee from Business in the Community finished her contribution by challenging the audience to take their consumer responsibilities seriously and not just leave it to businesses.

After lunch the work of Women’s Aid (Noelle Collins) and Migrant Help (Roger McVicker) outlined some of their practical work supporting people who have been in forced labour, sexual exploitation and domestic servitude. Examples were given of the emotional support victims receive, and of victims of forced labour who find new employment in NI.

Anti-Slavery International’s Klara Skrivankova spoke about reform of the National Referral Mechanism and the implications for victims. The panel was completed by the Law Centre’s Fidelma O’Hagan who narrowed the focus to child victims of trafficking and looked at the statutory duties and children’s rights in NI.

Finally, Lord Morrow was welcomed to the podium to reflect on the Human Trafficking and Exploitation (Support for Victims) Bill he introduced to the NI Assembly and to shed light on his aspirations for this area in the future. He began by giving a nod to the ongoing political issues at Stormont.

Describing the introduction and passage of the bill as “quite a journey for me and quite an experience” he paid tribute to the wonder people and new friends he had met. He described himself as “being blessed by the NGOs” he worked with on the bill and noted that for once Northern Ireland had led within the UK, influencing legislative processes at Scotland and Westminster.

Addressing my question at the end on whether there was an issue around tightening legislation in one jurisdiction merely moved the problem to other places (elsewhere on this island, elsewhere in Europe, or elsewhere in the world), Lord Morrow pointed to meetings that he’d had with Dublin groups and expressed hope that similar legislation would be passed in the Dáil making the island “a cold place” for these offences.

Other panellists agreed that the power of the European Union was to be able to set standards across the whole region with the aim of tackling modern slavery across all the member states. Working with major suppliers – to understand and clean up their supply chains – was also necessary given the effects of globalisation.

One point raised a number of times during the day was the status of people working in car washing sites that have popped up across Northern Ireland and beyond. Anecdotally in England there are instances of forced labour and below minimum wage earnings as well as dubious planning and health and safety practices. Perhaps it is an area that local agencies will return to. 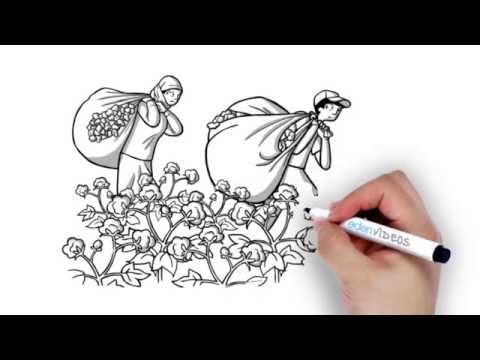