I’m a Nolan addict. There, I said it.

Recently Nolan Live clipped off an interview with Shaun Woodward where the former SoS spoke of the potential for Northern Ireland to return to violence if Stormont doesn’t get it together over welfare reform.

Here’s that 28-minute interview with  Shaun Woodward in full:

Nolan followed this up on his radio show the next day, asking ‘what if Stormont were to collapse’?

Then came some catastrophising about the future for Northern Ireland.

But that got me thinking – what if Northern Ireland’s future was not so catastrophic? What if (aside from the politics) we could take heart from some of the really great things we’re doing right now?

Last year I worked on the Friday Night Mashup – a quarterly grassroots networking social event  for the tech community. The Arts Show covered our event at CultureTech last year. 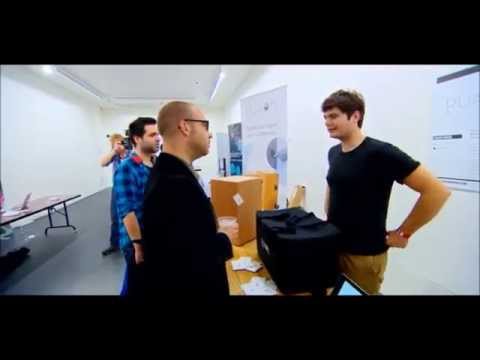 I got to meet a lot seriously smart and ambitious people during this time. People like Debbie Craig from Limejar, Vincent Breslin from Sian’s Plan and Matthew Large from Glistrr.

The buzz around Northern Ireland’s tech scene is being noticed. But it’s going beyond the media interest, some seriously influential and well-placed people like US Ambassador to the UK Matthew Barzun are advocates.

Check this out from 2mins 20secs.

So what if Stormont were to collapse? It is an important hypothetical question, and it’s worthy of serious debate.

But what if Northern Ireland has a great future based around a tech sector with an awesome international reputation? This to me doesn’t dwell within the realms of the hypothetical.

We have the tech infrastructure, ambition and the talent to make a positive impact on the world around us.

Our younger generation has a confidence and ambitionwhich I simply did not possess at that stage in life. School pupils, like those involved in DarvaghNav, are identifying and solving problems in clever ways.

According to the UKTI Inward Investment report, we are outperforming other UK regions in terms of attracting FDI. Firms like DisplayNote are selling software into Japan on a massive scale. As things stand, Seagate’s Springtown factory has built a quarter of all drive heads for disc drives in the world today. NISP CONNECT tell us we are now No2 in the UK for fast-growing companies. There is now a pipeline of truly breathtaking innovations coming through via the Invent programme.

All of this says that Northern Ireland is doing some great things at the moment. We are able to compete against much larger countries internationally.

“It is therefore important we continue to build on our strengths, to present a positive and supportive image to potential investors and to work together to sell Northern Ireland internationally,” says Alastair Hamilton.

The things happening in tech and the private sector seem to answer Alastair’s invocation.

What if Stormont were to collapse?

Well, what if we had political infrastructure, talent and ambition every bit the measure of what’s happening in the tech community right now?

That would likely give us the space to talk more about the good stuff we’re doing. Because it’s happening all around us.

Geoff McGimpsey is a PR consultant specialising in tech. He also blogs at whenimnotbeingaprguy.com and is an interviewer for NVTV’s ‘Behind the Science’. None of the companies mentioned above are his clients.