An exclusive story in today’s Sunday Independent features an interview with the son of IRA murder victim Brian Stack.

Speaking to Mairia Cahill,  the woman who first exposed the cover up of sexual abuse within the Republican Movement, Austin Stack details a host of horrific revelations.

Austin Stack claims that Gerry Adams does not “grasp the reality, or the gravity” of the abuse cover up issue, and that the Sinn Fein president referred in conversations with Mr Stack of the court proceedings into Liam Adams abuse of his daughter Aine as a “little family matter”.

Two Senior IRA men suspected of having involvement in the murder of Chief Prison Officer Brian Stack in 1983, were further “investigated by the IRA” for alleged abuse of young children, and subsequently moved by republicans, to save embarrassment to the organisation.

Garda sources are believed to have interviewed one in relation to reported abuse allegations, and had “intelligence” that the other was an alleged ‘paedophile’.

Another individual has indicated an intention to come forward to Gardai in the wake of the BBC NI Spotlight Programme into Louth man Paudie McGahon’s claims of abuse, and an IRA ‘Kangaroo Court’ .

Despite Gerry Adams claiming that there was no “corporate way of verifying” IRA involvement into claims of abuse, just a year earlier, Adams and a senior IRA man met with the Stack family, where admittance of responsibility that the IRA murdered Austin Stack’s father was given.

He tried to play the victim with me, saying: ‘You’re not the only victims here, I’m a victim too,’ and I got a little bit angry. I explained to him what a victim was and how I felt as a victim, as a 14-year-old boy shaving my father, and he (my father) was crying and I was crying.

I explained how my mother used to be woken at all hours in the middle of the night to go in and scratch my father’s nose and simple things like that.

He didn’t say anything. He kind of sat back in his chair. Then I said to him I wanted to build trust with him. I said I would trust him if he trusted me. I said trust works both ways… I said: ‘I’ll trust you if you work with me.

“I went on Prime Time and I gave a fairly extensive interview to Miriam O’Callaghan. Gerry Adams had given an interview in April 2013 to Miriam on the subject as well.

And when I was replaying it, my son Freddie, who was about nine, looked at me and said: ‘Daddy you know, that man keeps saying he knows nothing about Granda Brian’s murder. Why don’t you believe him?’

And it struck me, that if you keep telling a lie often enough, sometimes people believe it 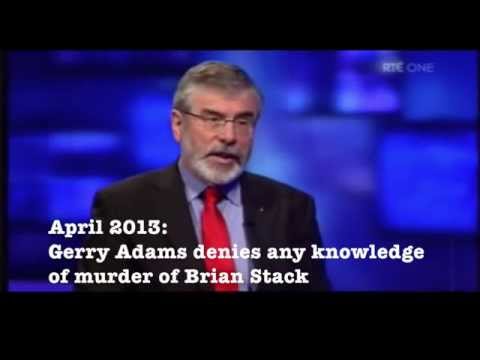 This raises further questions for Sinn Fein and Gerry Adams, and a fresh angle on a story that has been in the headlines since October, when Ms Cahill first waived her right to anonymity to allege how she was raped at the age of 16 by a senior IRA figure, and claim that Sinn Fein and the IRA sought to cover it up.

Despite Sinn Fein denials in 2012 of IRA investigations into abuse as “unfounded and untrue”, Gerry Adams wrote a blog in 2014 where he admitted involvement by republicans in dealing with people suspected of abuse.

A week before Ms Cahill asserted on RTE’s Six One News that the issue was wider than her own abuse stating that it was a “hugely significant issue’. 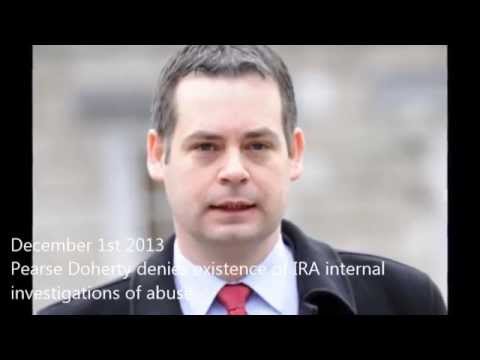