Join celebrity cycling fan Stephen Fry [loving the on screen metrics! – Ed], and others, watching paralympian Sarah Storey attempt the UCI Hour Record live on the UCI YouTube channel.   The current record stands at 46.065km, set by Leontien Zijlaard-van Moorsel of the Netherlands in October 2003 in Mexico City.  Storey is in London’s Olympic velodrome, at sea-level. 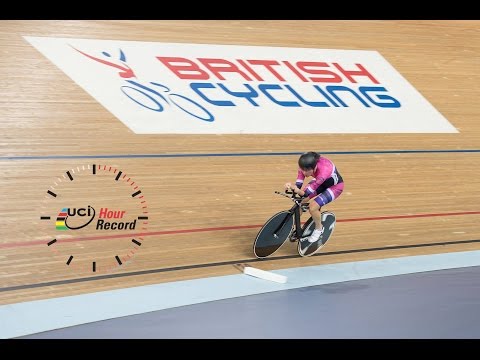 Update Sadly not a UCI Hour Record for Sarah Storey.  Distance covered in the hour – 45.502km.  A consolation prize of a new British record, and new age record, and a new world paracycling record in the C5 category.