On 31 January 1984, Ann Lovett, a 15-year old schoolgirl from Granard, Co Longford, gave birth in the open beside a grotto to the Virgin Mary. She was found later, bleeding heavily; both she and her infant son died. The Wikipedia article is quite short, and well worth reading.

The story broke some days later, with considerable interest from the media. From the Examiner:

Everyone wanted to know how a girl from a family of nine siblings in a town of barely a 1,000 people could have carried a baby to term without anyone finding out, if indeed her pregnancy was the secret the community claimed it to be.

The local community and clergy, including the order of nuns at the school which Ann had attended remained tight lipped, apart from a terse statement, denying any knowledge of the teenagers pregnancy.

While the statement issued by the nuns, following legal advice, said they “did not know” about her pregnancy they subsequently, refused to confirm whether they had suspected it or not.

In National Archives of Ireland documents released in December 2014, a letter was revealed written by the Roman Catholic Archdiocese of Armagh to poet Christopher Daybell which claimed Lovett’s “sad death reflects more on her immaturity than on any lack of Christian charity”.

Some took a different view:

In 1984, the death of fifteen year old Ann Lovett and her baby was described as a ‘family matter’ by Granard priest Canon Gilfillen, but in reality it was a devastating case of statutory rape, in which the paternity of the child was never discovered.

A social media contact told me that he had been at school with Ann, and that she was pregnant was well known. He also told me that her elder sister,  Patricia, died by her own hand a few months later. This is confirmed in a recent article in the Irish Examiner.

Subsequently, many women wrote letters detailing their own experiences, and adding to and informing the debate. RTE also made a radio documentary about the letters.

Attitudes and practices have certainly changed since then, but is this cultural change enough?

And, just why does it take such a tragedy before any proper, informed debate happens? 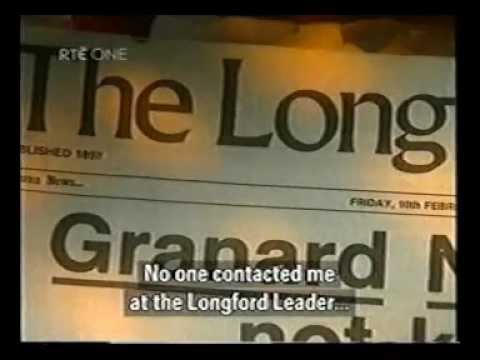