The DUP’s Robin Newton was today appointed as the NI assembly’s principal deputy speaker with support from Sinn Féin. The appointment was confirmed minutes after the East Belfast MLA was confirmed as a deputy speaker joining the experienced John Dallat of the SDLP and Roy Beggs of the UUP.

Last week the DUP supported the appointment of Sinn Féin’s  Mitchel McLaughlin  as NI assembly speaker and both partys have been accused of a ‘carve-up’ of top positions at Stormont.

The Ulster Unionists, SDLP, Alliance and other MLAs voted against the appointment with the TUV’s Jim Allister dismissing it as a “vanity post…to the point of ridiculousness”. 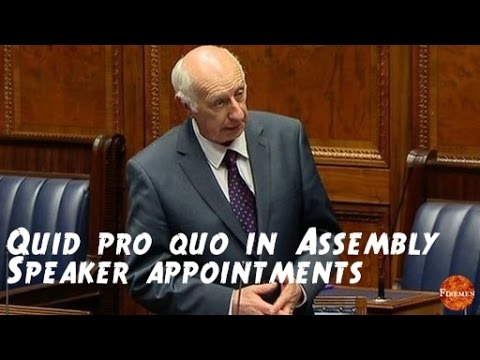