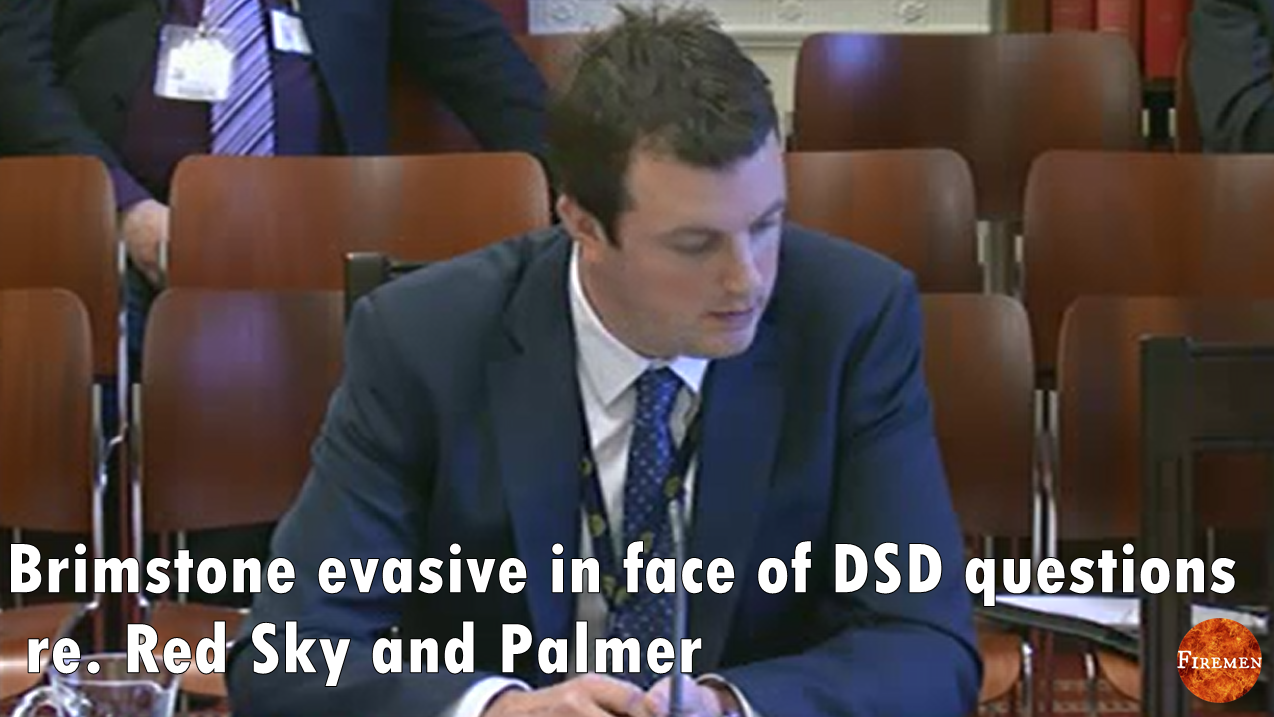 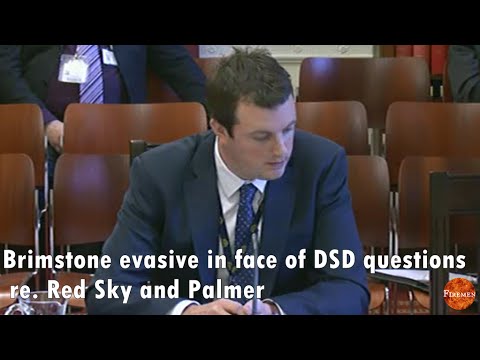 DUP SPAD Stephen Brimstone had a stock answer (“I’m not prepared to answer questions in relation to internal party matters) for most questions put to him by the DSD Committee Hearing today in light of allegations made in BBCNI’s Spotlight programme into Red Sky, Nelson Mc Causland and Cllr Jenny Palmer.

Ably put on the hook by the TUV’s Jim Allister, Brimstone looked more than evasive as he paused for thought at times, cheeks reddening and fidgeting with pieces of paper as he regularly adressed the Chair, Alex Maskey, and informed the committee he wouldn’t be answering questions relating to the disputed content of a phonecall which Palmer has previously given evidence on, where she alleges she was instructed to vote in a certain manner in relation to a Housing Executive Contract.  Brimstone has previously denied the contents of the phonecall.

Despite the efforts of the DUP’s Sammy Wilson and Gregory Campbell to complain about the manner of questioning, Maskey largely held court and calmed proceedings down, while Allister accused the DUP MLAs of trying to use time to deflect from questioning.

Salient points of the day include.

1.  A dispute over whether Brimstone “instructed” a senior civil servant in the housing division, Michael Sands in an email over the proposed length of contract with Red Sky.

3. A refusal to be drawn on 5 drafts of an alleged apology to Jenny Palmer, citing “I’m not prepared to answer etc…”

4.  Asked by Dolores Kelly MLA, if the DUP had told Mr Brimstone to say “no comment” to questions about the DUP, Brimstone replied “I cant comment…”

5. Asked what part about the BBCNI Spotlight programme he disputed, Brimstone struggled to give an answer, and when pushed, confirmed that he had taken no legal action against the programme makers, despite previously stating he would do so.

Jim Allister was the star of today’s events, leaving Brimstone looking foolish as he told him “You take great refuge in not being able to recall things.”

You can now watch a condensed version of proceedings: 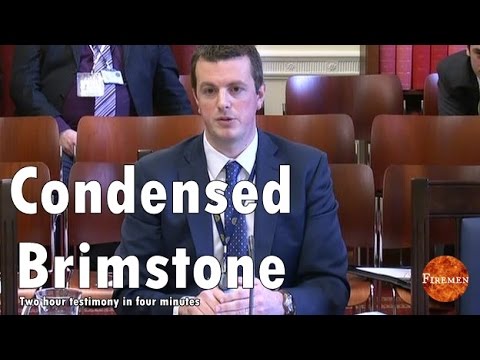