The one highlight in the otherwise terrible Christmas TV was Charlie Brooker’s 2014 Wipe. It is well worth a watch.

A segment of the show was from the acclaimed documentary maker Adam Curtis.  In the piece Curtis explores the idea that our current political apathy and disillusionment with politics is a deliberate strategy by our ruling class to keep us all in the dark while they get on with plundering the wealth of the nation.

I don’t normally believe in conspiracy theories but distracting the public with bread and circuses is one of the oldest political tricks.

You can watch the video below: 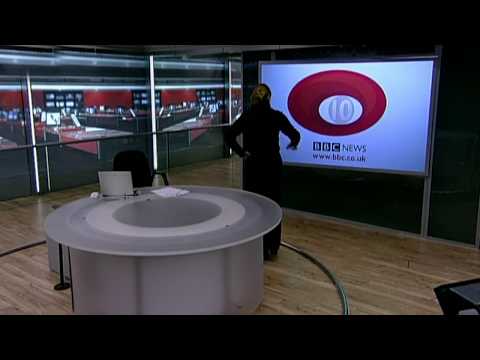 Transcript of the video: (courtesy of Real Clear Politics)

ADAM CURTIS, BBC: So much of the news this year has been hopeless, depressing, and above all, confusing. To which the only response is to say, “oh dear.”

What this film is going to suggest is that that defeatist response has become a central part of a new system of political control. And to understand how this is happening, you have to look to Russia, to a man called Vladislav Surkov, who is a hero of our time.

Surkov is one of President Putin’s advisers, and has helped him maintain his power for 15 years, but he has done it in a very new way.

He came originally from the avant-garde art world, and those who have studied his career, say that what Surkov has done, is to import ideas from conceptual art into the very heart of politics.

His aim is to undermine peoples’ perceptions of the world, so they never know what is really happening. Surkov turned Russian politics into a bewildering, constantly changing piece of theater. He sponsored all kinds of groups, from neo-Nazi skinheads to liberal human rights groups. He even backed parties that were opposed to President Putin.

But the key thing was, that Surkov then let it be known that this was what he was doing, which meant that no one was sure what was real or fake. As one journalist put it: “It is a strategy of power that keeps any opposition constantly confused.”

A ceaseless shape-shifting that is unstoppable because it is undefinable. It is exactly what Surkov is alleged to have done in the Ukraine this year. In typical fashion, as the war began, Surkov published a short story about something he called non-linear war. A war where you never know what the enemy are really up to, or even who they are. The underlying aim, Surkov says, is not to win the war, but to use the conflict to create a constant state of destabilized perception, in order to manage and control.

But maybe, we have something emerging here in Britain. Everything we’re told by journalists and politicians is confusing and contradictory. Of course, there is no Mr. Surkov in charge, but it is an odd, non-linear world that plays into the hands of those in power.

British troops have come home from Afghanistan, but nobody seems to know whether it was a victory of a defeat.

Aging disk jockeys are prosecuted for crimes they committed decades ago, while practically no one in the City of London is prosecuted for the endless financial crimes that have been revealed there.

In Syria, we are told that President Assad is the evil enemy, but then his enemies turn out to be even more evil than him, so we bomb them, and by doing that, we help keep Assad in power.

But the real epicenter of this non-linear world is the economy, and the closest we have to our own shape-shifting post-modern politician is [U.K. Chancellor of the Exchequer] George Osborne.

He tells us proudly that the economy is growing, but at the same time, wages are going down.

He says he is reducing the deficit, but then it is revealed that the deficit is going up.

But it gets even more confusing, because the Bank of England has admitted that those billions of Pounds are not going where they are supposed to. A vast majority of that money has actually found its way into the hands of the wealthiest five percent in Britain. It has been described as the biggest transfer of wealth to the rich in recent documented history.

It could be a huge scandal, comparable to the greedy oligarchs in Russia. A ruthless elite, siphoning off billions in public money. But nobody seems to know.

It sums up the strange mood of our time, where nothing really makes any coherent sense. We live with a constant vaudeville of contradictory stories that makes it impossible for any real opposition to emerge, because they can’t counter it with any coherent narrative of their own.

And it means that we as individuals become ever more powerless, unable to challenge anything, because we live a state of confusion and uncertainty. To which the response is: Oh dear. But that is what they want you to say.