Maíria Cahill who claims she was raped as a teenager by a man believed to be a member of the IRA and later “interrogated” by the IRA about the incident, appeared on RTE Six One News last night to further clarify allegations of a cover up by Sinn Féin and suggested sexual abuse was more widespread than she originally feared.

She claimed her situation is not an isolated case and appealed on the show for members of Sinn Féin who have information on any alleged abuse cases to come forward. 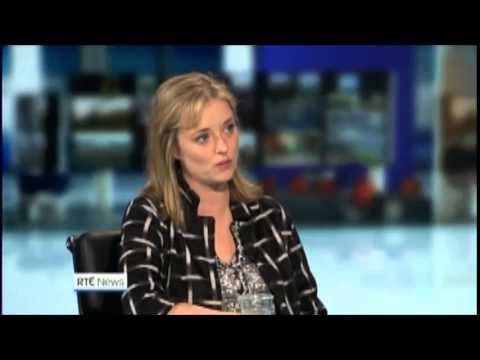 On RTE Six One News you mentioned that instances of child abuse may be widespread. How many cases are you personally aware of and what is your message to the victims?

I am aware of other cases of child abuse perpetrated by republicans, and I have described it as a hugely significant number.  Journalists have contacted me with knowledge of cases, as have former members of the movement – and more importantly I’ve spoken with victims. It is shameful that Sinn Féin are still denying this issue – and also stupid for them to do so when so much information is already in the public domain.

So far since Spotlight aired you have focused your campaign in the South. What are your plans for highlighting the issues raised in Northern Ireland?

I had no intentions of speaking with the media after the Spotlight Programme aired – until Sinn Féin denied the issue and I felt forced into a position of doing so in order that people heard the truth.  I haven’t viewed that as a campaign, but more of a natural response to what I have said is a reprehensible and ludicrous approach from Sinn Féin.  I initially gave interviews in the North, and I then met with politicians in the South and due to denial after denial  – and attacks on me, I have not refused any media request – even though it has been tiring, and busy and stressful.  But I did so, because Sinn Féin have repeatedly refused to tell the truth and I will continue to speak until they do so. Sinn Féin, nor the IRA cannot silence me any longer.

There have been accusations that you are being used by certain politicians to score points against Sinn Féin. What would you say about those claims and what steps are you taking to ensure that the issue is not used as a political football?

I think its an attempt to deflect away from the issue.  I am happy that the politicians across the political spectrum – from every party on this island have united on this issue in a very sensitive way,  and all have been keen to stress that this is not a political issue, but an issue which transcends petty politics to put the safety of children first.  The only party which cannot grasp this fact is Sinn Féin.  If this were any other leader of a political party in Ireland, they would have been shamed into a position of resigning.  I think it defies belief that once again, Sinn Féin have damaged themselves in closing rank to blindly defend a leader who clearly has trouble with some aspects of his memory.

Earlier Ms. Cahill appeared on RTE Radio to confirm that Sinn Féin has not contacted her since news of the latest scandal surrounding the party broke on Tuesday.  Maíria Cahill stated that she is “completely appalled” at statements issued by Gerry Adams in which he claimed the two had not discussed the rape allegations “in any detail.”
listen to ‘Adams: "credibility completely shot to shreds"’ on audioBoom