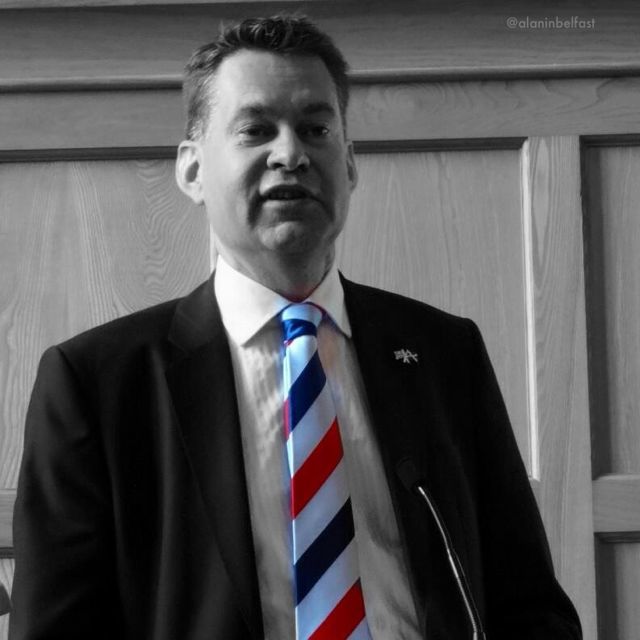 Whatever the outcome, the referendum on Scottish independence on 18 September will have a profound significance for relationships spanning Britain and Ireland. That was the assertion at a one-day conference organised through the Political Studies Association and Queen’s University Belfast today. In his opening lecture “Tangled Histories” Prof Graham Walker (QUB) unravelled some of the historical narrative and timeline of the British Isles and Scotland’s place within the Union. Irish partition and Ulster unionism had a major impact on Scotland.

He contrasted the development of Scotland’s largely social class-based politics with Northern Ireland’s nationalist/unionist split, and probed the way that the Troubles had diverted successive Westminster governments from addressing Scottish independence.

Columnist and author Lesley Riddoch followed with an engaging talk that examined grassroots activism in Scotland and asked whether life would be the same after the independence referendum. She proclaimed that “Pandora’s Box has been opened” and a spotlight was now being shone on issues that had been ignored for twenty years. Scottish discourse had already changed. She began by allowing the audience to read some less-than-savoury pundit commentary on Northern Ireland and Scotland. Lesley argued that independence could be more than just an attempt by Scotland to be a couple of tartan percentage points better than England. It could be transformational. Less tartan England and more a new Nordic democracy … though while some policies were heading that direction (eg, land reform), the current level of trust wasn’t there to sustain a fast migration.

Scottish councils are few and far between, resulting in poor connection with local issues. Charts illustrated the current situation (top left) with the counterfactual potential (top right) if the European average municipality size (bottom) was adopted. Town hall meetings around independence are revealing dissatisfaction with municipal governance as well as education and health inequalities. But the author of Blossom (Kindle) she pointed to entrepreneurial pioneers who had taken it upon themselves to improve housing and health.

Lesley assessed that if the September poll only involved men and Scots, the answer would be a resolute Yes. But the inclusion of the views of Scots women (and non-Scots) boosts the No campaign.

Tory MSP Murdo Fraser spoke at length about the potential for a Federal UK. The UK has exported federal constitutions to Australia, Canada (and Germany) … yet there is a lack of enthusiasm in England. He argued that federalism in UK could not work with England remaining as a single unit. The mood in Yorkshire is now shifting. There’s an irony in Boris Johnson desire for more devolution for Londoners could lead the move to English decentralisation. Murdo argued that federalisation would neatly solve a number of different issues: the democratic deficit; the West Lothian question and Barnett formula; reform of the House of Lords into a Senate truly reflecting the make up of a federal UK. He fears unattractive prospect of the interminable discussions and desire for another referendum if September’s vote is No, and Scotland will need to acknowledge and recognise the sizeable pro-independence minority. Yet whatever the result of the poll, federalism could allow the UK to pull together. He finished by saying that politicians with vision are needed at Westminster to take this forward.

Dr Andy Mycock asked if ethnic Britishness faces imminent death as culture and identity changes? He noted that Northern Ireland is normally left out of mainstream debates on Britishness which instead centre on England, Scotland and Wales. Politicians including Gordon Brown have been keen to argue for “a golden thread” of British constitutional development and enduring British values and institutions. But NI is “a place apart” and NI loyalism/unionism is classed as a different kind of Britishness. There’s a complete absence of mention of Scotland-Northern Ireland relations in the 650 page Scotland’s Future policy document.

Despite Peter Robinson’s comments, Andy pointed to the lack of sustained engagement from NI unionists/loyalists – and nationalists/republicans – on the issue of Scottish independence. And there’s a definite divergence between how some in NI express their loyalty to the union and Scotland’s no camp.

Orange marches are not likely to help the No campaign! [Ed – though that’s not stopped the Grand Orange Lodge in Scotland registering as a “permitted participant” in the referendum campaign.]

Dr Catherine McGlynn delivered a paper co-written with the absent Murray Leith (University of West of Scotland). Her suggestion was that the DUP and SNP were “reading from the same script”. She highlighted similarities in the gestation and growth of both parties, and contrasted the devolution dynamics in the two regions. Northern Ireland’s consociational settlement has promoted “defensive mobilisation” with “ethnic outbidding” DUP and Sinn Féin, yet their working together has also been moderating. [Ed – answers on a postcard to explain what that sentence really means!] Catherine concluded by observing that the DUP and SNP had both had success with a branded approach, had risen to prominence in spite of contrary expectations, and had both adroitly managed their resources while benefitting from the lack of traction from outbidders or alternatives.

In the Q&A afterwards, it was suggested that Sinn Féin might have been better compared with the SNP than the DUP. Asked to speculate on the SNP’s future post referendum, Catherine hinted that the reality of a Yes vote and implementing Scottish independence would be politically complicated and costly, while a No vote would leave the SNP struggling to reenergise.

University of Ottawa’s Dr André Lecours broadened out the discussion of independence to assess the two sovereignty referendums in Quebec (1980 and 1995) as well as the desire for independence in Catalonia (Spain). In Quebec the language is about sovereignty not independence.

The status quo is not something that is easily endorsed. In Quebec politics you have to want something. (André Lecours)

The Canadian government have been closely following the Scottish referendum, in particular the UK’s negotiating parameters and process, the phrasing of the short and to the point referendum question (thanks to the UK Electoral Commission),and the lack of debate around the threshold for success which flies in face of Canadian belief that “you don’t break up a country because someone forgets his glasses” (ie, a tiny majority should not trigger a substantial structural change).

André noted that none of the Quebec sovereignty referendums were backed up with a detailed publication like Scotland’s Future. The Canadian government took no strong stance on currency union so as not to antagonise citizens of Quebec. Applying the mood from the two failed Quebec referendums, André predicted that if there was a No vote, the SNP would still win the next set of ‘normal’ elections.

A panel discussion was chaired by Dr Margaret O’Callaghan (QUB). Each panellists gave a five minute address before the floor was opened for questions and comment.

The overall impression from the speakers throughout the day was that the No voice would prevail; perhaps better phrased as the Yes campaign would not succeed. But the impact of a sizeable proportion of Scottish voters putting their hands up for independence would force changes to the powers devolved to Scotland and that would inevitably ripple through to demand from Northern Ireland politicians for extra powers too.

Murdo Fraser’s pitch for a Federal UK seems likely to be repeated in a speech in Scotland tomorrow. The MSP who failed to become the leader of the Scottish Conservatives is the party’s spokesperson for Enterprise, Energy and Tourism. However as followers of Northern Ireland politics will be all too aware, leadership runners up have a tendency to continue to think and certainly speak outside the box and stray into all kinds of novel and untested policy areas.

What are your predictions for the effect on Northern Ireland of a Scottish No vote? or for a Yes vote?