So as the Taoiseach apologises for going after the Garda Ombudsman Commission (if  not for being more than a little sloppy with the actualite). John Mooney of the Irish edition of the Sunday Times on RTE’s Late Debate programme (transcript on broadsheet.ie) went on to suggest that the Garda Commissioner may not be in complete control of all his troops.

The real puzzle here is not just why the Taoiseach was so quick to jump down the throat of the GSOC, but as noted on Tuesday why there has been a breakdown between GSOC and the two routes open to them to follow?

Micheal Martin at Leader’s Questions yesterday resurfaced an issue first brought up by Mick Wallace last week, when he quoted from the transcript of a conversation between Sergeant Maurice McCabe (who appeared in camera in front of the PAC two weeks ago) and the Confidential Recipient for Garda Complaints: 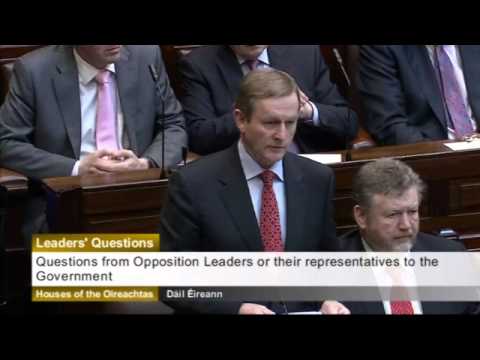 Note that this office (quite separate from the GSOC)  was set up in the wake of the Morris Tribunal to receive “in confidence reports of corruption or malpractice within An Garda Síochána from Garda members or civilian employees”.

But here, allegedly (a week after deputy Wallace first raised the matter the government have yet to confirm or deny its authenticity) is the current office holder, dispensing some telling advice to Sergeant McCabe:

If stuff was to get out into the public print media, I tell you something Maurice, and this is just my personal advice to you, if Shatter thinks you are screwing him, you’re finished. If Shatter thinks, here’s this guy again, trying another route, trying to put on pressure, he’ll go after you.  If your stuff is exposed to the print media, it will make him an angry man.

Hmmm… given past confluences between the Minister and the Guards, the words, ‘state’ and ‘Denmark’ come to mind…