So the people of the Republic contemplate the reality of post bailout Ireland (a rush at the Christmas tills will help no doubt), Scotland takes further steps towards greater political agency (regardless of the result of the IndyRef), Wales’s quiet and popular evolution of its assembly, and England’s creaks under the weight of some pretty draconian welfare.

Meanwhile,  Richard Haass struggles manfully with Northern Ireland’s politics of small differences, that exist primarily but not entirely between the two senior  DUP and Sinn Fein. I suspect there’ll be plenty of time in January to look into the result of the Haass talks (in the meantime, Newton Emerson pretty much nails the likely process in The Detail News here).

Slugger no doubt will be staying with you through the holidays, but barring big breaking news (don’t laugh, it has happened before) I’m taking a break. Just to say a big thanks to all of the hardworking blogging team, and to our commenters for, (mostly) keeping the conversation both hot and civil.

We ask more of our commenters than most sites do, including patience with a ref whose decisions may not always seems fair or well explained. I started Slugger with two things in mind.

One, I thought that if I made smart choices about what to blog and what not, I’d end up drawing in audience that knew more about the subject of Northern Ireland than I did.

And two, that what happened here would only be of value if we were able to attract a thorough diversity of view. Thus the play the ball not the man rule, for a quick and apolitical rule of thumb for judging what’s in and what’s out.

So, by and large, it has proved.

I’ve found writing for Slugger and its audience over the last year (and the ten plus years before it) tough, engaging, frustrating, challenging and on occasions great fun and good company. So before another year’s over (and a new one just about to begin), here’s an old but fallen working class hero of mine, for the day that’s in it… 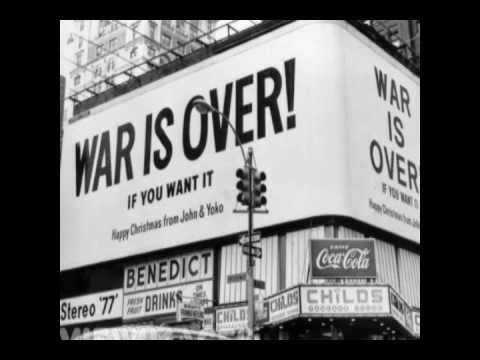 And as ever, if you have enjoyed or found Slugger useful over the last twelve months a little something in the paypal account (that button up on the right hand side) never goes amiss.