Kamalesh Sharma, the secretary-general of the Commonwealth – and Chancellor of Queen’s University Belfast – is under fire after being accused of withholding crucial legal advice that could have prevented Sri Lanka from hosting the imminent heads of government meeting.

The legal opinion said that the firing of the Sri Lankan chief justice by President Mahindra Rajapaksa was a contravention of the Commonwealth Charter, which sets out the supposed shared values of the member states: democracy, human rights and the rule of law.

Next week, Rajapaksa – who is accused of a litany of horrendous war crimes – will shake hands with Commonwealth leaders, including David Cameron, as his country hosts the Commonwealth Heads of Government Meeting (CHOGM), a decision that Sharma struggled to defend under questioning by Jon Snow on tonight’s Channel 4 News.

Sharma – who has been the Chancellor of Queen’s University Belfast since 2009 – did not make the legal advice available to a group of eight Commonwealth ministers who verify if countries are obeying the Commonwealth Charter. Asked why this legal opinion had not been passed on, Mr Sharma told Snow that the advice had been gained “in confidence”. 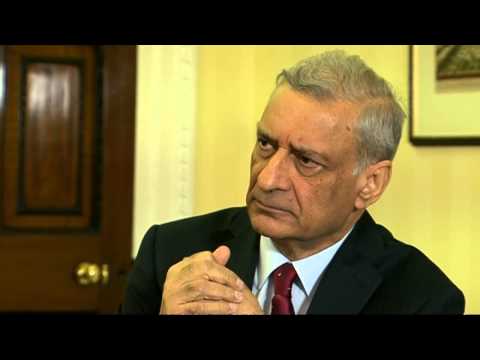 The decision to allow the gathering to go ahead in Colombo, despite the legal advice and evidence of major human rights violations committed at the end of Sri Lanka’s civil war is hugely contentious. Canada has already announced a boycott of the gathering and has accused Sharma of “acting as a shill [a stooge] for the Sri Lankan leadership, defending their every mistake”.

On Sunday night, Channel 4 broadcast a film – No Fire Zone – that the Sri Lankan government would prefer the world didn’t see. It graphically documented grave human rights violations against Tamil citizens at the end of its civil war in 2009 including the killing of a reported 40,000-plus civilians, and of ongoing disappearances and torture.

Allowing the heads of government meeting to go ahead in Sri Lanka has already made a mockery of the Commonwealth Charter. Now it looks set to undermine the credibility of the 53 country-strong association … and the Queen’s Chancellor.

You can read more and take action with Amnesty here.