[Episode 12 from Season 2 of Scandal on More 4] Cyrus Beene (White House Chief of Staff) confronting crisis management guru (or “fixer”) Olivia Pope about her overwhelming guilt about agreeing to rig the presidential election and her desire to put things right:

You’re willing to bring down the whole Republic because you feel guilty? You know what our electoral process is? It’s magical. It’s like believing in Santa or the Tooth Fairy or the Easter Bunny. Magical as long as they believe.

What you’re doing is telling the people that the shiny presents and the bulging stockings on Christmas morning are just Mum and Dad staying up to do the work. You’re telling them we’re Santa, we’re the Easter Bunny, we’re the Tooth Fairy.

You’re taking the magic away. You’re ruining Christmas morning and the whole Republic is going to come crumbling down because you’re not tough enough to do what needs to be done.

A large part of what drove me to blogging about politics was to dispel the magic, or at least open up the magic circle to a wider audience. Interviewing East Belfast politicians and election observing was an attempt to unlock the mystery and show the people and processes, good and bad.

Labour NI supporters will be glad that their glorious leader didn’t rub salt in their non-candidacy wounds by mentioning the phrase “One Nation” in his emailshot to supporters and nosey bloggers this evening. [Ed – I’m sure it slipped into his full conference speech somewhere; it’s really bad when even the NI Conservatives are supporting Labour NI’s desire to contest elections!]

But Ed Miliband did introduce a six word strapline …

We have to win in 2015 because of six simple words: Britain can do better than this.

… when three would have done: 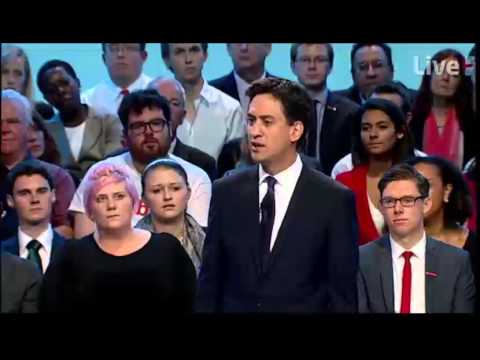 Not very catchy – and it nearly failed to get applause when he delivered the line in front of conference – but one of the later sentences chimes with the sentiment expressed by all but 9.4% of those interviewed for the LucidTalk poll reported in last week’s Belfast Telegraph.

Our country deserves a better government. Britain can do better, but first we need a government that will fight for everyone.

Our [wee] country deserves a better government. [Northern Ireland] can do better, but first we need [MLAs, committees and an Executive] that will fight for everyone.

Perhaps the challenge to local politicians is to legislate with an eye on other people’s interests befor their own self-interest. Or is simply everything about the next election and hope should be abandoned?