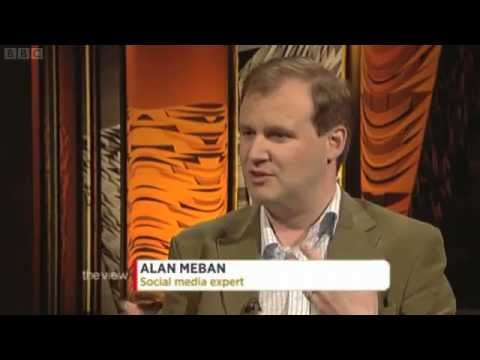 So Alan was on the View last night talking Tweets. In fact talking Gerry’s Tweets. I have to confess I’ve no particularly original thoughts to share on the matter, other than to say that if my memory serves correctly this is Gerry’s second out on the big Twitter fun ride.

It’s got him numbers, so I’m not going to knock it. I’ve always advised clients that if you are not having fun when you are doing it then you are not doing it right. 14k followers in just over a fortnight is better than Slugger in four years.

Well, then again, Gerry’s a real person (stop sniggering at the back) to a great many people both on the island and off. Authenticity matters online. If we are hearing the authentic voice of Gerry, then all I can say is good.

As Henry Jenkins notes this is a networked world. And networks are groups of belonging. People who like Gerry and what he has to say will stick around and boost his capacity to amplify.

The question of whether or not it shifts votes is moot. And as I have been saying since our first election nearly ten years it misses the point. People are not dumb, they know what and who they like. Stuff goes viral amongst well stocked networks.

Talking about memes and viral media places an emphasis on the replication of the original idea, which fails to consider the everyday reality of communication — that ideas get transformed, repurposed, or distorted as they pass from hand to hand, a process which has been accelerated as we move into network culture.

I’m guessing that Adams is mining his own quirky personality to create a generative meme. Odd as two left feet it may be, but so long as he mixes it with the serious stuff, and it’s actually genuine, I suspect it will do a job of work for him.