Ten years ago today, the first detainees were transferred to the US naval base at Guantánamo Bay, Cuba. Since then 779 people have been held, yet only one has been given a trial in an ordinary US federal court.

Yesterday I met with the impressive acting US Consul General, Kevin Roland, at the Consulate in Belfast to record our demand that the Guantánamo Bay detention camp be closed down, and our call that the 171 remaining prisoners be charged with recognisable offences and given a fair trial or released if there is insufficient evidence for a prosecution – in line with international law.

I gave him a copy of Amnesty’s new report, Guantánamo: A Decade of Damage to Human Rights (PDF), which summarises the case against Guantánamo, including the fact that the rejection of the rule of law by the US that the camp represents, has been intepreted as a green light by other States to similarly disregard international human rights requirements.

That’s the serious way to go about things and, of course, there’s nothing funny about torture, internment, indefinite detention, or the ‘war on terror’. Despite Obama’s promises, ten years after 9/11, these remain hallmarks of the way in which international law has been flouted and debased. (You can sign our petition to President Obama here.)

But humour can be a powerful tool too – and I think my colleagues at Amnesty International USA have managed to pull off that tricky serious / funny combo with their new short video Happy World Travel, featuring Dileep Rao (Avatar, Inception).

What happens when a normal dude named Rob (or is it Raj?!) heads to a travel agency looking for a relaxing vacation? 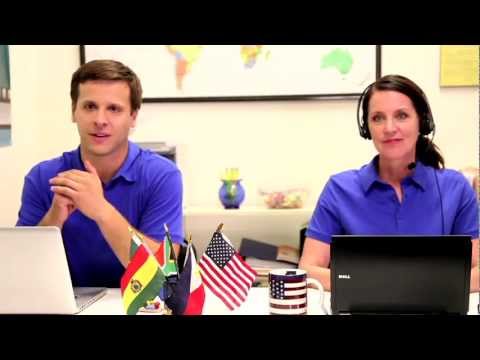