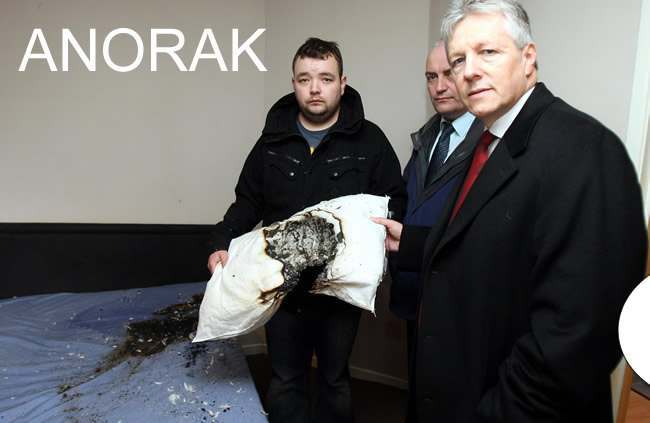 A DUP candidate in May’s local government elections, John Smyth Jnr (pictured with Peter Robinson following a previous pipe bomb attack on his own home), has been charged in relation to a racially motivated pipe bomb attack on the home of a Polish family in Antrim town. The BBC is reporting a DUP source as having announced that he has been suspended from the party pending the outcome of the case.  UTV have reported that the ‘Real UFF,’ a loyalist grouping responsible for dozens of attacks in the Antrim Town area in recent years, have claimed responsibility.