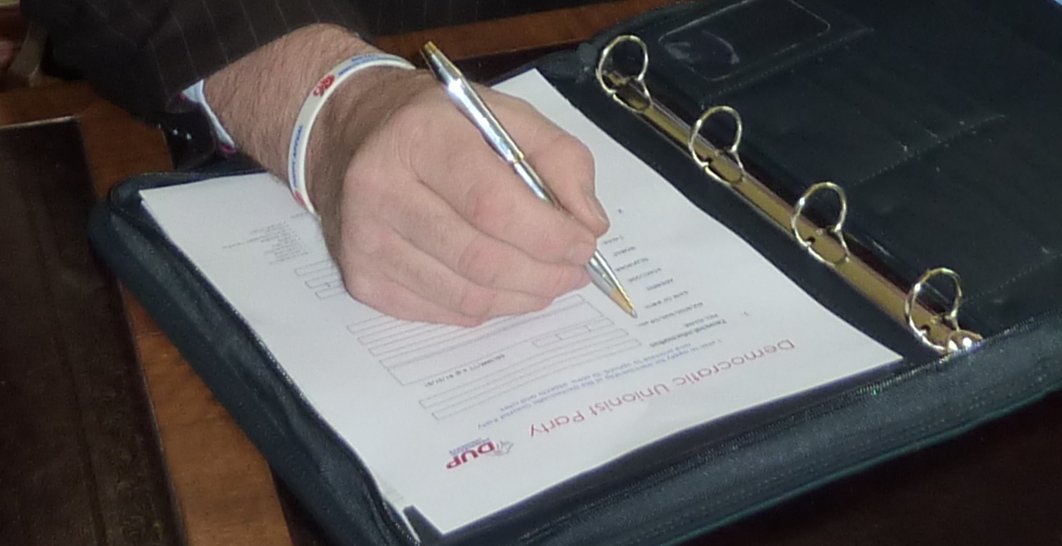 Five months after the local government elections, and a few weeks before his party conference, a Lisburn councillor has today jumped from one shade of unionism to another.

The leaving remarks by defecting councillors are often curious pieces of prose. There are some essential elements.

Firstly, there’s a restatement of your sense of purpose to serve the people who elected you despite switching party colours – to help them understand why you didn’t simply resign and allow someone else from that party to replace you.

Politics must be about making a difference in peoples’ lives and helping to improve the area you represent. I have recognised that within Lisburn, the Lagan Valley Constituency and right across Northern Ireland the Democratic Unionist Party has the positive vision and strategy to take the community forward.

Secondly, there’s the acknowledgement that you’ll be sitting in the same council chamber as your old colleagues for another three or four years, and you want to limit the jeering.

Whilst I have many good friends within the UUP …

Thirdly, you have one chance to make some disparaging remarks about the group you’re leaving.

… the overall sense within the Party remains one of drift and confusion. In-fighting and sectional interests are endemic within the UUP, meaning it cannot look outwards to the needs of the people but is solely concentrated on its own survival.

Fourthly, you need to set out a vision to explain why your new friends are worth hanging out with. The new party’s press office will probably help you write these bits.

During these difficult economic times it is vital that people have a party with a clear direction and a dedication to get things done. I have seen this on the ground within Lisburn and I know that right across Northern Ireland the policies and strategy of the DUP is backed up by first-class constituency representation.

I want to be part of a team that is focused on building a strong and vibrant Northern Ireland within the Union. Coupled with that I know the importance of issues such as keeping Rate bills low, the lead taken by the DUP on deferring water charges and the efforts to build our economy for the future.

Councillor Alan Carlisle (Lisburn Town South, ex-UUP) will shortly be taking up position as a DUP councillor in Lisburn … shortly after the ink dries on his membership form and the party process it. His defection leaves the UUP with no elected councillors in Lisburn South. The UUP ran two new candidates in May 2011 but Carlisle was the only one to be elected, gaining his seat on the last count a little under the quota. Ten years ago, the UUP held three of the six seats. After today’s switch, the DUP now hold five out of the six Lisburn South seats.

PS: Alan Carlisle is holding his pen above a blank membership form in the staged photo with DUP Leader and deputy Leader above.