South Down, along with North Down and South Belfast, is one of the target constituencies for the Green Party, if not for immediate Assembly seats, then at least for growth in its voter base and local council representation.

Their Assembly candidate in South Down is Cadogan Enright, already a sitting councillor on Down District Council and the recent runner-up to Steven Agnew for the Green Party leadership in Northern Ireland.

I caught up with him while out canvassing in the Corrigs Avenue area of Newcastle and asked him about their priority issues this election and their prospects on polling day.

When challenged that the Assembly election could actually prove disastrous for the Greens, with a possible loss of their sole seat in North Down and success in South Down still likely to be out of reach, he preferred to talk up their chances, speculating that they may nearly double their 2007 Assembly election vote in #sdo11 (though still well short of the likely required quota) and the return of three to four of their roster of local council candidates in the area.

Interestingly, he contrasted the Greens’ organic growth in South Down with their 2007 Assembly breakthrough in North Down, when they were able to capitalise on the strong personal vote of Brian Wilson which he brought to the party after many years as an Alliance Party and then independent councillor. Wilson has * not left the party * but will be running for North Down council as an independent, while his wife Councillor Anne Wilson is the Alliance candidate for the Assembly in the constituency, competing head-on with Agnew for votes. (*Update / correction: Brian Wilson has been in touch to correct the original post which stated that he had left the Green Party. This is not the case – while he is running as independent candidate in the local elections, he remains a member of the Green Party. Brian – thanks for the clarification.)

The situation in North Down is a bit different, because here we didn’t actually assume an independent to share a seat with us, if you follow me. We have had organic growth. When we first ran here, we ran with four local government candidates and two of them got in. This time we are running wth five, and those five candidates are consistent campaigners and have been – if you look at our website – considently campaigning for years … so people would know us. So we have organic growth over the last number of years.

Now with five candidates at local government level in this area, I would say that at least three and possibly four will get in. Based on that, I would say we have a very strong chance of boosting our vote to 2,500 or 3,000 and that’s what other people are telling me, other political parties are telling me. We have an organic growth in this area – that was absent in North Down – based on long-standing, active Green Party members. 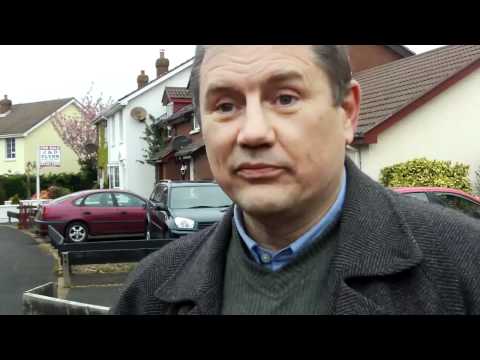