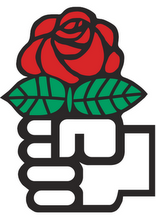 This post is entirely a rip-off of a post from the under-rated Your Friend in the North blog in which Johnny Guitar acknowledges a … er… ‘third way’ strategic opportunity that leading the Irish opposition could offer to Labour.

Aside from the obvious point that the next few years are going to be pretty horrendous for whoever is in government (and that makes it a particularly bad time to perform the mudguard role that damaged Labour so badly in the 1990s), he quotes UNITE’s Regional Secretary Jimmy Kelly and this bit stands out for me:

Do read the rest.