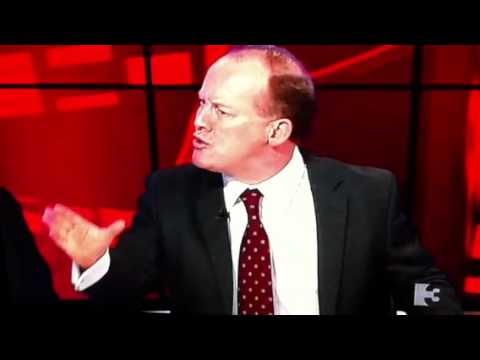 Via Cedar Lounge, human passion from Conor Lenihan sufficient to take Vincent Browne out of this own programme. Impressive stuff. It put me in mind of Shylock’s speech in Act Three, Scene One of the Merchant of Venice:

It was also kind of in line with what Sarah Carey was digging at in yesterday’s Irish Times:

I know many TDs feel desperate frustration at how hard it is to change anything when they get elected, but they have a chance at it, which is more than journalists have. Lenihan and Martin may both be suffering from acute cases of denial, but I think the media should examine their consciences and see if they are similarly afflicted.

I don’t quite buy Sarah’s ‘journalists don’t effect anything in politics’. It’s true they don’t in any direct executive sense, but they can better serve the needs of a nation by providing good material which helps politicians make better decisions, if only giving a base read of public opinion on a given subject.

I don’t pretend to understand quantum mechanics (or any other kind of mechanics), but there is a weird phenomenon that happens at a sub atomic level in which particles behave differently when they observed than when they are unobserved. The fact of the observation can even create strange retrospective effects on the behaviour of such particles.

There’s a weird thing going on in Irish politics, where the experts and the observers have become so convinced they understand the problems facing the actors in politics better than the actors themselves. Some like Senator Shane Ross, as Sarah points out, are prepared to put their money where their mouths are.

But there is a disjunction between the important insights these authoritative figures in the media provide and the world politicians must traverse. This disjunction may simply be an indication that the government is now sick and old and needs to get out and let a new one try instead.

But there’s an additional problem which may or may not be dissipated with the arrival of new political blood after the next election. Much of the focus on near ground fiscal decisions (bail out after bail out, for instance) ignores the wider political reality in which the Republic has to operate.

Whatever the intentions of the new Government that’s not a square that can be easily circled. Especially if the media continues with an underlying assumption that all politicians are blackguards anyway (although, with the exception of Vincent, the Irish version is on the whole a great deal more urbane in character).

In the end too cynical an Irish media will have roughly the same effect as a supinely pliant one and leave us all (including the politicians) even deeper in the dark.