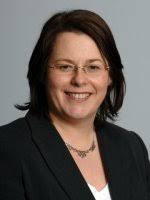 Following the decision to field a Pan-Unionist/ Conservative candidate in Fermanagh South Tyrone, the electoral math in the constituency has altered considerably. In the event of the SDLP’s candidate deciding to remain in the contest, then Michelle Gildernew would be facing a mammoth challenge to retain the seat.

In short, she needs to ensure nine in every ten nationalists vote for Sinn Fein (up from seven in ten in the constituency in 2005.)

Certainly not impossible, and if republicans could choose one constituency in which they would have a four week period to deliver this message, then it would be Fermanagh South Tyrone. But were they to pull it off, it would be a fairly unprecedented achievement.