I think Rusty may have had this part of the interview with Gerry Adams on Hearts and Minds in mind as Noel Thompson touches on some uncomfortable truths for the still member of the British parliament Sinn Féin leader. [There Is No Alternative – Ed]. One immediately falsifiable statement, given his earlier reference in the interview to Ian Paisley Jnr as “Ian Óg”, is Adams’ declaration that “We should call people what they want to be called themselves.”

There’s also a hefty dose of “I can’t see anything” [and ‘nose tells’? – Ed] and, given the [Provisional] Sinn Féin party political broadcast’s focus on the Sinn Féin of 1919, the expressed distaste for the term ‘Provisional’ can probably be put down to attempted revisionism. 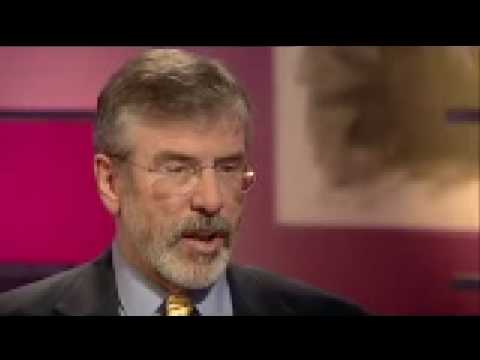