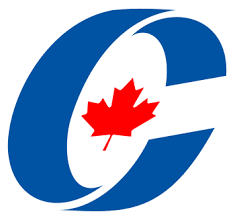 IIRC it was said at the Slugger Awards Judges panel that anyone who took an interest in the Conservative Party of Canada was a sad obsessive. So here is a thread for that small band of fellow obsessives. Canada has voted and the Conservatives have made gains but not enough to secure a majority government. Hoped for Conservative advances in Quebec were not achieved. It may also be worth noting that the Liberals election campaign was built around environmental issues but it did not fly with the voters. The New Democratic Party also made gains but not enough to undermine the Liberals as the key opposition party. UPDATE Fellow obsessive Burke’s Corner offers his thoughts. Tim Montgomerie, who spect time in the CPC camapign room, provides this analysis.