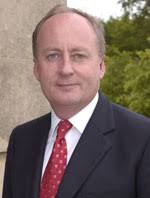 THE detection skills of the PSNI know no bounds, with an early assessment – a mere two weeks after the event – that paramilitaries may have been behind the Shankill ‘walk of shame’. This might sound like the cops are stating the bleeding obvious, but it’s a major advance from what the Secretary of State (left) said on Wednesday, when he told Nigel Dodds that “the possibility of paramilitary involvement is still being considered”. Now we already know the NIO’s job is shielding terrorists from the law, but what are the police seriously going to do about a couple of possible hoods being told to admit their alleged crimes in public? How long do we have to wait before the PSNI press office issues its ‘No complaint has been received about this incident’ statement?