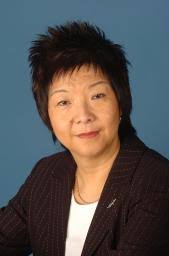 THE row over the Pride of the Raven (see vid) flute band’s controversial parade planned for November 24 continued on Talk Back just now. Band spokesman ‘Nigel’, said the band’s intention to walk down Donegall Pass (after a protest at the Parades Commission’s offices) was to reach Alliance Assembly member Anna Lo‘s office. The reasons why are detailed here, but the spokesman denied the accusation that this was to intimidate the Chinese community. He also refused to comment on the BNP jumping on the bandwagon, after the party lent its support to the band and had a dig at Lo. Responding, Lo appealed for the march to be called off, and said a letter from the band to Chinese residents explaning their march would probably cause even more fear in that community. She also denied that she had placed the matter in the public domain, saying the band had generated the publicity itself, which she was asked to respond to. Lo also revealed that her initial letter to the band organiser – which the recipient claimed compromised his security – was suggested by the police, who provided her with the bandsman’s address, although the band makes numerous appearances on Youtube. The band seems to be blaming everyone but the Strandtown police, who are the only party in this dispute not to have made any comment on the matter, despite having a central role in the whole affair.