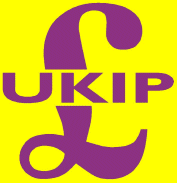 Blogger Shane Greer is claiming an exclusive, that Jim Allister has been approached by the UKIP. Will Allister seek a home under UKIP’s umbrella and will the rest of the discontented?Former UUP member, Henry Reilly, ran as a UKIP candidate in South Down in the 2007 Assembly election. He polled 1229 (2.7%) of the vote. In the European Parliament UKIP is a member of the Indepedence and Democracy Group.