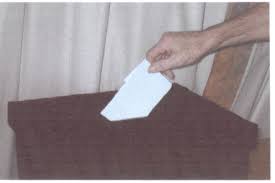 The mathematical tour of constituencies wanders through Upper Bann, South Down and Newry and Armagh. The numbers present a pretty dull picture but events make Newry and Armagh the one to watch.In Upper Bann, both the Westminster and Local Government results point to no change – 2 DUP, 2 UUP, 1 SF and 1 SDLP. The UUP % of the vote was higher in LG (37%) than Westminster (34%) so the numbers don’t show a ‘Trimble’ factor in the UUP vote in the constituency. The DUP has over two quotas so will most likely run three and Westminster has them 0.14 of a quota behind the UUP, they will be hoping that Simpson’s tenure as MP will have pushed them ahead (although next time out would seem more likely). As with South Antrim if when the results hit and it looks like the DUP will get 3 from this constituency they will be heading for the dream ’40’.

In South Down the Westminster results show 3 SDLP, 2 SF and 1 DUP while local government has it as no change 2 SDLP, 2 SF, 1 DUP, 1 UUP. In Westminster a noticeable chunk of UUP voters (approximately 1000) backed McGrady in the mistaken belief Ruane was threatening to take the seat. The numbers say Nesbitt’s standing down should not hurt the UUP. The UUP’s Local Government performace was much stronger in south Down pipping the DUP while Nesbitt lost votes to McGrady and a further 1600 to Jim Wells of the DUP. However the lack of an obvious replacement for Nesbitt probably means the loss of Peter Bowles is a source of regret.

In Newry and Armagh, Westminster and Local Government agree on no change – 3 SF, 1 SDLP, 1 DUP, 1 UUP. In the local government results the SDLP is only 0.02 of a quota behind Sinn Fein and why they are targetting the constituency. An intervention by ousted SF MLA Davy Hyland would take it from an outside chance to a real fight. On the Unionist side Danny Kennedy is safe but the question is what happens to the DUP seat. There are potentially three vying for that seat and vote – an official DUP candidate, Paul Berry and Willie Frazer. Splitting a quota and a bit three ways and if transfers don’t work out the SDLP could get their second seat at Unionism’s expense, something for all three to weigh up before they throw their hats in the ring.

IMPORTANT NOTES: Seats were assigned to parties strictly on the basis of who was closest to a quota. No assignment was made on the basis of possible/likely transfers nor has any projection of existing trends been extrapolated (ie DUP vote grew X% between 2003 and 2005 but if that continues their likely vote be). Westminster results tend to show a party’s maximum potential vote in a constituency while Local Government shows the core vote. When the two agree it seems the highly likely result and were they disagree it highlights were a party should target a constituency for extra effort. In individual constituencies the perceived geographcal base and number of candidates a party chooses and the vote management system adopted can have an effect on the final result. Examples of how this can impact are – the choice of two Ballymena UUP candidates in North contributed to their loss of a seat, vote mismanagement in West and East Belfast cost SF and the DUP a seat respectively. It is possible to confound both indicators as David Ford did in South Antrim in 2003.