So Van Morrison has brought out some new tunes which include “criticism” of the government’s Covid policy. I’m as much a fan as the next Ulsterman, but it seemed a good moment to reflect on the way expressive individualism is pulling us away from our obligations to each other. 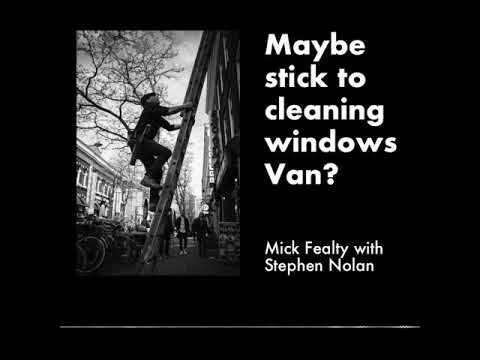 Even Henry Ford understood the immense value that lies in others, “if there is any one secret of success, it lies in the ability to get the other person’s point of view and see things from that person’s angle as well as from your own”. But our dependence on social media often blinds us in this regard.

It should be noted that artists who are considerably less well off than Van are really suffering financially (as outlined by Ali) so I think our politicians ought to can the outrage over this poor effort at political agitprop albeit a blatant attempt to use made-up facts to suit his personal views.

The deeper point here is that these are merely the latest expressions of a class of individualism which can be linked back to Margaret Thatcher’s (sadly deluded) idea that ‘there is no such thing as society’, just an aggregated number of individuals that the market magics into wealth creation.

The social and economic crises that Covid has provoked challenges the ugly stridency of that notion to its core. Nothing of any value comes down purely to the gifts of an individual (something Van himself, as a phenomenal ensemble performer, surely knows), nor will solving what is surely part of a long crisis.

Our unique capacity for mutuality, may have been buried under what Paul Collier and John Kay refer to in their new book as expressive and possive indivdualism, but the covid crisis has shown it remains a pretty healthy as a social response to the breakdown of the current economic model.

“A healthy society”, they write, “is a vast web of cooperative activity sustained by mutual kindness and obligations”. If you think that’s too woolly or sentimental have a look at the Dabbawalla lunch delivery system in India. When everything else crashes, it is most of what we are left with.

“You never change things by fighting the existing reality.
To change something, build a new model that makes the existing model obsolete.”
― R. Buckminster Fuller