Episode Six of #CargoOfBricks, and I speak to Eric Lonergan who along with Mark Blyth has critiqued in #Angrynomics how populism has filled the vacuum between democratic politics and unregulated markets, and between markets and real economies:

Much food for thought for the new Irish government. Get yourself a copy: preferably from your local bookshop (like No Alibis Books in Belfast) or, if you really have to, Hive, Amazon or some other online space.

If you are (still) really passionate about democratic politics, you’ll enjoy this very important book. Meantime, see you next week. You can subscribe to Cargo of Bricks, Slugger TV, and our other podcasts on Apple Podcasts | Google Podcasts or Spotify. 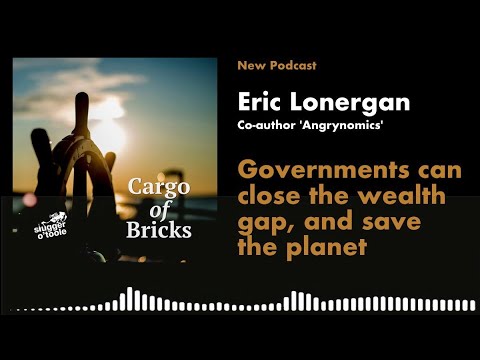