I concur with Naomi. Two and a half years after a referendum in which Brexit was projected as ‘all kinds of everything”. It is bizarre that we still don’t know what it will look like when it comes out of the Westminster sausage machine.

If UK Labour’s campaign was poor/nonexistent, it was the BBC’s decision to treat it as a hot piece of blue on blue action, not a decision on the UK’s constitutional future contributed to that deep sense of immateriality.

In his 2004 classic, John Lloyd noted that the TV political interview works on the assumption that understanding comes through exposure of a personal or political weak point. James O’Brien here highlights undue deference as a problem too: 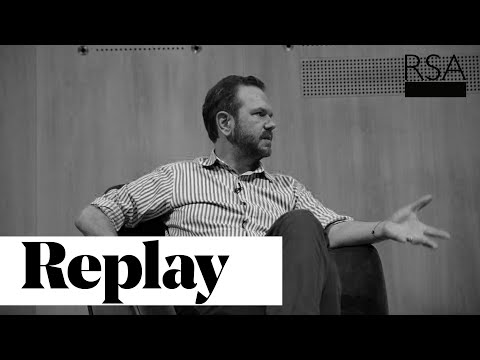 Immateriality, it turns out is not just a British problem. In Dublin, this morning, the Irish EU Commissioner for Agriculture Phil Hogan pointed out that Ireland is an export market worth £4 Billion in agrifoods to the UK.

In fact, the interoperability of the agriculture systems within all of the UK and Ireland means that the idea of a border down the Irish Sea would never be anything other than a gross act of collective folly.

Part of this immaterial discourse has been generated on the Irish side of the water. Which brings me to Newton Emerson’s piece in the Irish Times yesterday:

Having London over a barrel, both in the structure of the negotiations and in the UK’s need for a future EU partnership, might create a temptation to drive a hard bargain.

However, a strong British government was always going to be necessary to deliver its side of the bargain.

That is why UK prime minister Theresa May called a general election in June 2017. She knew it would take far more than her working majority of 16 to get any likely EU offer through parliament.

When the election returned the Conservatives as a minority government, dependent on the DUP, the window of what was possible narrowed dramatically and obviously.

Yet Varadkar, who became Taoiseach one week later, quickly moved the Republic to a more assertive Brexit position, which he and Coveney have stuck to ever since. [Emphasis added]

It might all be okay in the end. No one (including the DUP) wants a hard border. No one, including the EU, wants significant barriers to trade. And no one, least of all the Republic’s government, wants a border down the Irish Sea.

The British are by no means the only ones to fail to articulate what they wanted from Brexit. But the failure to meet somewhere in the functional middle is what threatens to drag us all back into dark uncertainties.