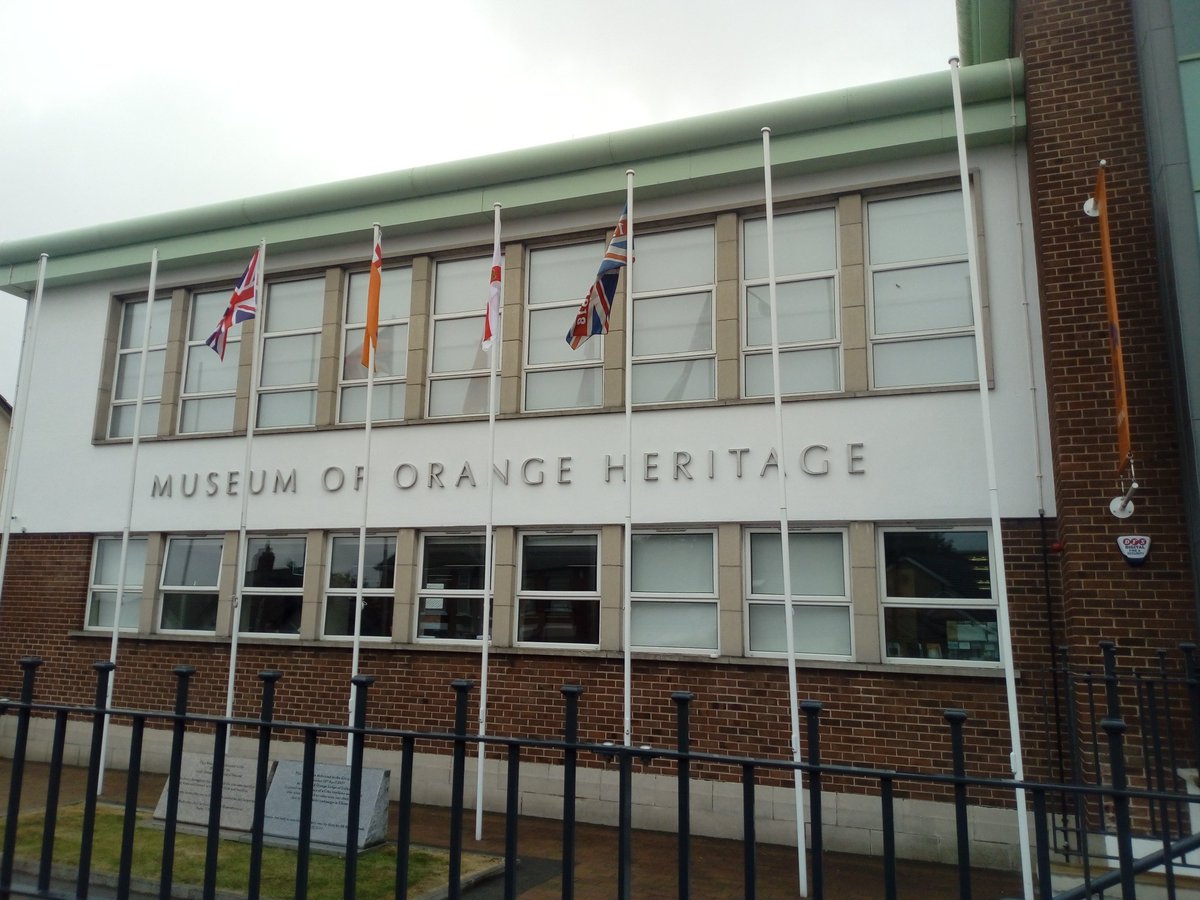 Yesterday I ventured over to the Museum of Orange Heritage for the first time with Christopher Stalford.

I have gone past this building many times without ever really desiring to go inside. Last week, Christopher very kindly expressed an offer to me to experience some parts of the culture of the Orange Order and we were able to get some time yesterday afternoon to visit the museum.

Having said all of that, I often preach about reaching out and engaging with Unionism, it’s all well and good for people like me to sit and lecture SDLP and Sinn Fein politicians about the virtues of doing this, but what the hell was I doing? Was I honestly doing all that I could to understand an important part of cultural expression in Northern Ireland?

What’s interesting about the museum that even though there is nothing intimidating about the building at all, when I first walked in, I felt uneasy. Some of that mistrust that had built up in my head as a child was still there.

But I thought, sure I was there now I might as well engage and make the most of the opportunity.

Christopher took me round and patiently answered all of my questions.  How do you become a member? Why do you view The Somme in this way? How often do you march? These type of questions abounded during the visit. He gave me his view and listened as I gave the nationalist perspective.

The section of the museum that looks at World War One was incredibly moving. Seeing some of memorabilia of soldiers who died on the battlefield and hearing some the awful stories of parents back here waiting for news. Naturally I didn’t agree with all of the interpretation of the war, but nevertheless it was a fascinating exhibit.

A particularly moving part is two death certificates side by side of a father and son. One died in World War One and the other died 2o years later in World War Two.

Yet it isn’t all about conflict, on the walls are pictures of famous Orangemen from around the world, names include Ernest Blythe, James Craig and Lord Brookeborough. Plus, an incredibly interesting part is the Orders role in Africa which was something I knew very little about.

Overall, I found the afternoon incredibly interesting and would urge anyone to go up and take a look. I didn’t agree with everything I read, nor have I massively shifted my view of the Orange Order but it I did learn a bit more about them and why they believe in the things that they do. I probably understand better why they have such a role within Unionism than I did before.

So head on up, read all of the exhibits and ask lots of questions. My thanks to Christopher for the invitation and the tour. Cultural differences need not mean that we cannot engage or talk to one another. I am still as convinced about a United Ireland as I was yesterday and I am pretty sure Stalford is still a Unionist. But it was a fascinating afternoon to learn about an important cultural aspect of our society.