The problem with gesture politics in Northern Ireland is that most people assume that it’s about getting the choreography right for a new talks process. Within hours of Foster leaving the match, both Mary Lou McDonald and Karen Bradley – NI’s secretary of state – were hinting her visit had maybe made it a little easier to reboot the Executive and Assembly.

The BBC wheeled out the usual immovable (and, by now, largely unrepresentative) Unionist critics on Nolan just to make things a wee bit testy for the DUP leader. But as Newton Emerson noted on Thursday, there should be nothing particularly special about it.

By which he meant it was exactly what any First Minster would and should be doing. And Deirdre Heenan, whilst welcoming the gesture, asked if it would be a harbinger of any substantial changes in policy.

Trevor Ringland in the body of the piece at one point highlighted his own difficulties as an RUC man’s son in dealing with Sinn Fein but recounted his first meeting with Martin McGuinness, rather pointed saying that bluntness does not have to comprise incivility. 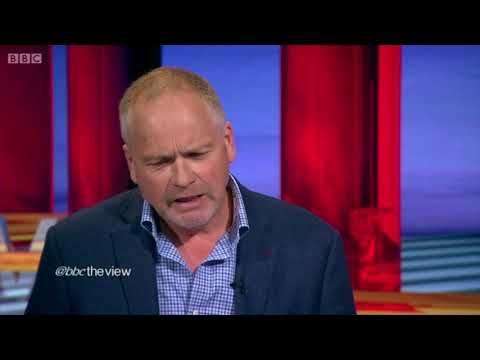 Underneath it all lies the sort of pragmatics that Machiavelli and Mandeville once wrote about. We rely on the ability of our politics to intuit and act upon the need for change. It’s a tough balancing act, but it is important that we are able to allow them to get on with it.

Ferdinand Mount’s essay review of David Runciman’s book Political Hypocrisy: The Mask of Power, from Hobbes to Orwell and Beyond concluded with this useful description of the role of the modern politician:

Most of the time, as Mandeville pointed out, even the most skilful politician must be a slave to the fashions of the times. What he stands behind is not so much a mask as a solar panel, which picks up the public heat, absorbs it and transforms it into energy.

At its best, there is a benign synergy, but that can happen only if the facts are shared and if the debate is conducted honestly. The democracy that really matters is the democracy of information.

“Even hypocrisy is a powerful safeguard … [It is] a powerful symbol of the strange mixture of reality and illusion, democracy and privilege, humbug and decency, the subtle network of compromises, by which the nation keeps itself in familiar shape.”