That burning you can smell is the whiff of brakes being heavily applied and policy getting a rapid on the track change. Newton has a good piece on the Irish Times which gives a rundown on the policy positions prior to and through last Friday.

He starts with this report from 1983, a young Arlene Foster:

It’s been generally read that young Arlene was in favour of abortion at the time. Personally, I’ve no idea if she was but I’m pretty sure there was very little margin in pushing for it in Jim Molyneaux’s ultra-conservative UUP at the time.

It was more likely of a piece with a certain distrust fading into contempt that many unionists felt for a southern state that was swapping the name of the church for its doctrines in contrast to the British constitution.

I recall a couple of years later Ian Paisley Snr slamming down the phone on an RTE Radio One interviewer after the Referendum to legalise divorce was defeated by a similar margin to last Friday, after being asked what advice he would give to his congregation.

It was the sort of neat missing of minds that is all too commonplace in the relations between north and south. This was back in the day when whilst both north and south shared draconian laws on homosexuality and abortion, but divorce and contraception were only available in Northern Ireland.

How times have changed, and how quickly. In the case of the SDLP in just under a week:

It still has the same pro-life policy on abortion as the DUP and only permitted members to oppose the policy as a mater of conscience as of May 19th, yet already leader Colum Eastwood has called for a “fit for purpose” abortion law so that “the days of exporting this issue are brought to an end”.

As for Sinn Fein, well, as you might guess that’s a rather more complicated story:

Sinn Féin supports repeal of the Eighth Amendment but was arguing over this as recently as six months ago, still rejects the Irish Government’s proposed legislation and only backed abortion in cases of rape and fatal foetal abnormality in 2015.

Yet suddenly Sinn Féin is such a champion of liberalisation it seems to think it won the referendum and owns the associated social and political momentum, which will carry it into government.

So confident of this is leader Mary Lou McDonald that she left the New York Times convinced she will become the next taoiseach, in an interview published on the day of the vote.

The last time the Assembly had a chance to vote on the same policy, via Alliance amendments in February 2016, the UUP allowed a conscience vote, the SDLP denied fatal foetal abnormality could be diagnosed and the amendments failed by a substantial outright majority, meaning there was no sectarian divide or single-community veto.

Going back a little further, to 2008, the decade-long bill of rights consultation under the Belfast Agreement concluded that abortion is not a rights issue and could only be addressed through the Assembly, following what the Human Rights Commission called “forceful” submissions from nationalist and unionist parties.

Yet as of last Friday, according to nationalist parties, abortion is both a rights issue and a democratic imperative, being denied by the dinosaurs of the DUP thanks to a sectarian unionist veto.

Whoopsie. Despite acting against her own party’s line, agreed only last November, Michelle O’Neill wasted no time flying to England to tell viewers of Peston on Sunday (a safe distance from her voters in Mid Ulster) that abortion was now an urgent rights based matter. 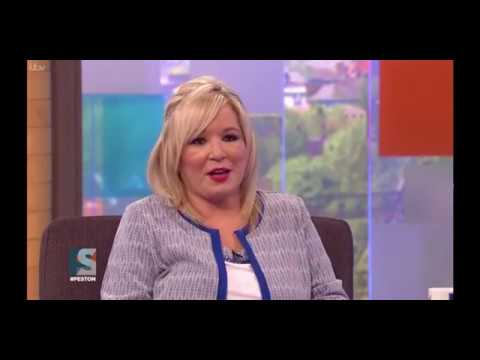 She also explained that…

…the referendum result was a “constitutional issue” that will cause “people from a unionist background to have a conversation about where they see themselves in the future”.

Newton provides some much needed perspective:

It should be easy for O’Neill, as a champion of parity of esteem, to picture that conversation. The likelihood of unionists voting “Yes” to a united Ireland due to repeal of the Eighth Amendment is exactly the same as the likelihood of O’Neill voting “No” to a united Ireland due to the passing of the Eighth Amendment, or even less so, given that from a unionist perspective this is all happening in a foreign country.

Quite. From the Northern Ireland Loyalty Survey of 1968 until the last Ipsos Mori poll, the proportion of Protestants contemplating a united Ireland hasn’t shifted from about 3%.

As one unionist party official told Slugger, southern nationalism has given northern nationalism permission to back abortion. But under what terms (12 weeks or the 1967 Act?), and from whom? Westminster? The UK Supreme Court?