Some news in today from Leo Varadkar’s first appearance before the Seanad as Taoiseach. The Journal.ie reports;

Seanad should be allowed to elect senators from Northern Ireland – from both nationalist and unionist communities – so the Upper House of parliament has an “all-island dimension”.

Addressing Seanad members today, Varadkar said having both nationalist and unionist representatives would provide “different voices on issues which concern us all”.

Varadkar made the comment as he announced that a new committee on Seanad reform will soon be established to consider the Manning Report.

A working group on Seanad reform was established by former Taoiseach Enda Kenny in 2014 to examine possible changes to the electoral system. It resulted in a number of key recommendations being included in a report drafted by former senator, Dr Maurice Manning. 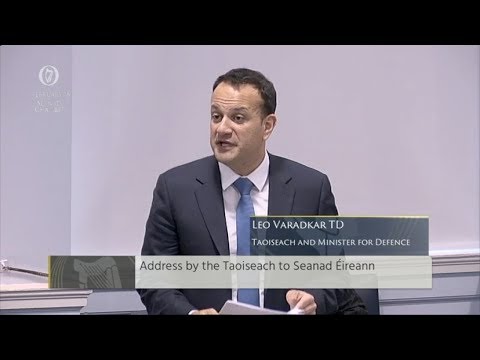