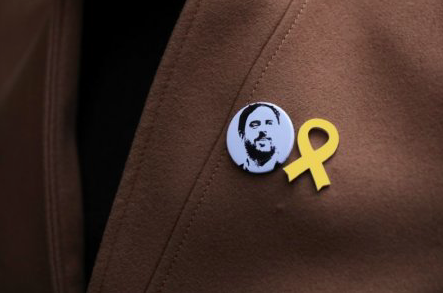 The elections to the Catalan Parliament were just over 3 weeks ago but rather than lead to any settled political outcome in Barcelona problems look set to continue.

Pro-independence parties again won an overall majority of seats but will the Spanish establishment permit all of those deputies to take up their seats and fulfil their mandate? Not likely.

The Spanish Supreme Court has ruled that the former Deputy First Minister Oriol Junqueras must remain physically in prison on remand and may not attend the opening sessions of the Parliament next week.

He is currently being investigated for ‘rebellion’ and other charges stemming from the state’s drive for independence.

Outgoing President Carlos Puigdemont’s party, Together for Catalonia, has reached an agreement with its former coalition partner, the Catalan Republican Left (ERC) to re-elect Puigdemont as President with the support of the smaller CUP party.

However another logistical problem arises from the fact that he remains effectively on the run in Belgium and is liable to be arrested if he steps onto Catalan soil again. As in Junqueras’ case Spain wish to bring charges against him for being a ‘rebel’.

One of the questions that has arisen is whether Puigdemont, if elected, can hold the office of the President in exile. Some legal experts believe that the law is vague enough to allow this. It has been suggested that Puigdemont could even address the forum by Skype.

However Spain, who are preventing a number of pro-independence deputies from taking their seats, have indicated that they will challenge any attempts to twist the law.

It would be extraordinary, and another publicity coup, if Puigdemont were to be elected as a President in exile. What is more extraordinary is the fact that the Spanish Government’s continuing role in undermining Catalan democracy continues without a breath of protest from the rest of the European Union.