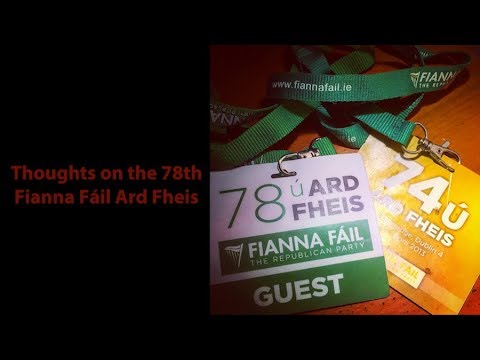 I was a guest of Fianna Fáil at the Ard Fheis in Dublin this weekend, specifically to talk about the recent disastrous Tory campaign and to describe how Labour was able to brigade its new ecclesia towards one unlikely victory.