… the devolved institutions have been “badly damaged” by the scandal which could cost the public well over £400m. He also said his party would support a public enquiry into the workings of the scheme.

What we need to do is to get to the truth and have a full exposure of what happened.

But it turns out he (along with Arlene’s SpAds) had pushed the then DETI Minister Jonathan Bell to keep the scheme open on 11th February, last year for two extra weeks:

The Enterprise, Trade and Investment minister had initially planned to close the scheme earlier, which would have caused tremendous difficulties for those currently involved in preparing applications.

I discussed this with the minster and urged him to keep the scheme open to allow those applications to be completed and thankfully he has now done so.

This will mean the Renewable Heat Incentive Scheme will remain open for two weeks after the minister’s proposed closure date.

This is six days after Mr Bell’s office appraised the Executive of the sustainability problem with the RHI scheme. In an FOI request of Ofgen (the independent regulator charged with overseeing the scheme), the Belfast Telegraph discovered:

…that the highest uptake for RHI came during the final two weeks in February 2016, after Mr Murphy fought to keep the scheme open. His constituency in Newry and Armagh had the second highest number of RHI applicants after Fermanagh-South Tyrone.

In fact, the then dFM knew about the problem in January when the whistleblower letter arrived (See The Blame Game) at the then Office of First and deputy First Minister. If Michelle O’Neill is to be believed McGuinness did not inform his Executive colleagues till February.

Having praised Bell to the heights in public back then, the prevailing wind switches after the Comptroller and Auditor General’s report in July and along with it, Sinn Fein’s position on Bell and the RHI. Mairtin gave the game away at a Finance Committee meeting in October: 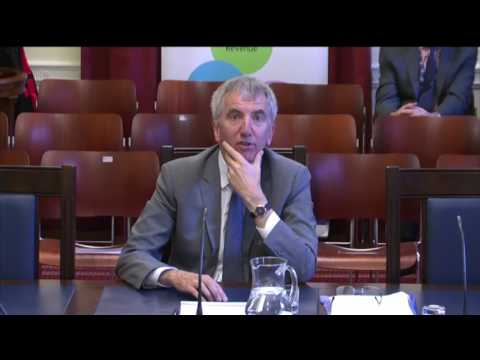 And here we are. At the time of publication the Telegraph noted:

Why are we having this election again?