17 reasons to leave the EU 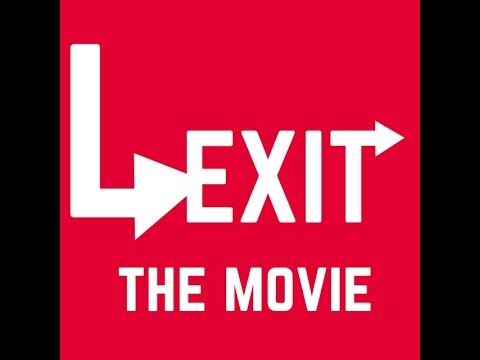 Leaving the European Union would:

1 – Restore UK freedom & sovereignty and disentangle us from `ever closer political union` – politicians have given sovereignty away to undemocratic EU institutions such as the unelected European Commission who are effectively the EU Executive and wield the power. Sovereignty & liberty lies with the people and their ability to elect an alternative government who should have the ability and powers granted to alter the laws of the land. (Elected MEPs cannot initiate legislation, propose legislation or even repeal legislation. The UK has failed block a single proposal from the EU Commission passing through the Council of Ministers, despite trying 55 times. EU Regulations are not approved by (UK) Parliament. Once published in the Official Journal of the EU they automatically become Law.)

2 – Restore UK Security- NATO has provided peace and security in Europe for decades. EU expansionism has caused issues in Ukraine and proposals for an EU Army will undermine NATO. The recent Jihadist terror attacks in France show the dangers of the current system of open borders. The former head of Scotland Yard`s Counter Terrorism unit Richard Walton has said that “reducing terror plots absolutely not dependent on EU membership”. Former Labour Foreign Secretary and founder of the SDP has said that staying in the EU is “a more dangerous option for British security” than a vote to leave. We would continue to share intelligence bilaterally with all our allies (both EU & non EU countries as we do presently including through interpol & europol). 18 non EU countries currently participate in europol.

3 – Restore the UK on various global bodies such as the World Trade Organisation which it had lost to the EU.

4 – Give the UK the freedom to make stronger trade deals with other nations. The Lisbon Treaty stipulates that the EU must make a trade agreement with a country which leaves the EU and WTO rules would ensure all UK-EU trade would continue. The EU has free trade agreements & customs unions with over 50 countries (including Andorra, San Marino, Norway, Iceland, Switzerland, Turkey, Guernsey, Ukraine, Mexico & Kyrgystan, who are not in the EU. The UK would be the EU`s largest trading partner. Graeme MacDonald, chief executive of JCB, has said he does not think `Brexit` would make a “blind bit of difference” to trading with Europe. Whilst Willie Walsh, the chief executive of the owners of British Airways / Aer Lingus has said he doesn`t believe `Brexit` will have a material impact on the business.

5 – Give the UK freedom to spend UK resources, currently sent to the EU, in the UK to the advantage of our citizens. The UK is a huge net contributor to the EU contributing £19.6bn annually of which we receive some back resulting in a net contribution of £11.1bn.

6 – Give the UK freedom to control our national borders and introduce an Australian points based immigration system which would be fair and equitable to all , removing the current preferential treatment of EU citizens. This would also address the issue of wage compression which occurs in unskilled low paid jobs when there is an oversupply of labour.

8 – Allow the UK to deregulate the EU’s costly mass of laws. 95% of UK businesses do not trade with the EU yet 100% are saddled with costly EU red tape.

10 – Give the UK freedom to improve the British economy and generate more jobs. The majority of UK trade happens within the UK. Northern Ireland DETI figures show that of £65.8bn sales in 2014, £22.5bn went outside Northern Ireland. £12.7bn went to the rest of thrUK, £5.8bn wet to the EU (£3.6bn of which went to the Republic of Ireland) and a further £4bn went to the rest of the World. Treasury figures show that the UK trades more with the rest of the world than it does with the EU. Non-EU Exports for December 2015 were £17.1 billion. EU Exports for December 2015 are £10.4 billion. Figures show that the trend is for trade with the EU to continue to decline whilst trade with other parts of the world including the Commonwealth are increasing year on year.

11 – Free our farmers from red tape and introduce a UK equivalent to CAP funding. CAP funding has been reducing in recent years and this will continue. British farmers currently only receive half of what the UK taxpayer puts in to the Common Agriculature Policy.

12 – Give the UK freedom to regenerate Britain’s fisheries which has been devastated by EU regulations. The UK currently only has 30% of the quotas for UK fishing waters. £130 million of fish is dumped annually under the EU’s Common Fisheries Policy.

13 – Save the NHS from TTIP US-EU trade deal which would see privatisation.

14 – Allow the government to protect our hard hit sectors such as the steel industry – currently banned by EU regulations.

15 – Reject the European Arrest Warrant which is an abuse of Habeas Corpus (seek relief from unlawful imprisonment) by allowing British citizens to be arrested & deported without evidence and imprisoned for years abroad without trial.

16 – Give the UK full control of our tax & VAT systems again. The EU want the UK to charge VAT on food when food prices are already 17% higher due to EU regulations and tariffs.

17 – Freedom for the UK to invest in Science & Technology. The Royal Society has reported just 3% of UK Research and Development between 2007-2013 was funded by the EU. 13 countries outside the EU are in Europe-wide science networks. The UK already participates in European Southern Observatory, European Space Agency and CERN which are thriving European science collaboration projects outside the EU. The Swiss Institute & Israel`s The Weizmann Institute both secured EU science funding despite not being in the EU.